A Woman in her Thirties Gets Lice

Is your head itching yet?

Before I tell the story, let me preface by saying this past month has been a month of some hard-core adulting. For the past year I've felt really blocked creatively, depressed by the state of the world, and feeling like my voice is... well... dumb. Not anymore. Spending a month dealing with the woman-in-her-thirties realities of life has unlocked a lot of stories that need to be told.

And here is one of them.

Last week, as Anna and I sat at the table with her reading homework, I took a good look at her hair. The only reason I did that was because I'd just had a conversation about how lucky we'd been to avoid lice in our house. If not for that off-handed conversation, I might not have looked. But I did look.

AND GUESS WHAT I FOUND? 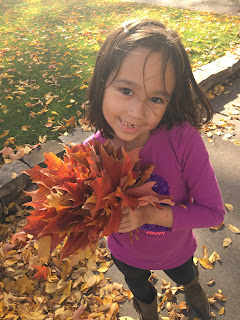 You can fill in the rest of the blanks. There was swearing, accompanied by a mad dash to Walgreens for a lice removal kit. Hours of shampooing and combing. Then checks of all the remaining members of our house.

I also considered burning our house down, obviously.

The next day, I went to The Lice Lady. Yes, that is an actual (thriving) business here. I wanted to be 100% sure that the rest of us were lice-free.

AND GUESS WHAT WE FOUND OUT? 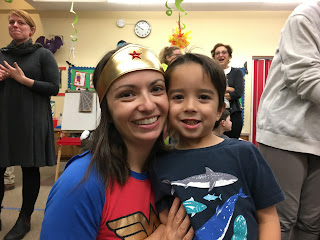 You know how I was talking about the hard-core adulting going on in my life right now? Well, nothing like a case of head lice to make you feel like you're seven years old again.

I've become a head lice expert now, something I never wanted to be an expert in, but it turns out lice is really not that big of a deal. You get treated, you wash your sheets. Ain't no thang.

But here's the part of the story that should be told. Almost everyone I have told about dealing with head lice has said, 'Oh yes, we've had it too.' But it's quiet, like you're revealing some sort of state secret. 'Don't worry,' Anna's teacher told me. 'We won't tell the kids that she had it.'

This was in stark contradiction to how I was handling the situation. I told anyone who would listen about the lice. I complained loudly, and often.

'I HAVE A LIST OF THINGS I DON'T HAVE TIME FOR," I yelled when I arrived for my lice treatment. They put me into a room with a curtain for privacy. 'YOU KNOW WHAT IS ON THE TOP OF THAT LIST? LICE!'

It wasn't until I ran into a person I knew, another parent from Anna's class, who was getting her lice treatment at the same time as me, when I realized I was not handling this in the normal way. She was horrified to see me, and promised up and down not to tell anyone that we were there together.

'Oh,' I suddenly understood. 'I'm not supposed to be talking about this?'

I've told this story several times in the last few days, and I always get a laugh. 'You're my soul sister!' People say.

I don't know what it is, but for some reason we are afraid to talk to each other about real life. And sometimes the people who SAY they are honest and genuine are the worst offenders. We say we are great when we are not great. We assume no one wants to listen to us, so we don't give them a chance to listen. We don't ask for help because we're under some false impression that quietly suffering is a noble thing. We confuse a social media rant with actually doing something about the things that matter to us.

Most of the people reading this blog are people I would consider friends. And friends, getting to hang with me means getting reality. I pooped while giving birth to Anna. I am an introvert and need my quiet alone time. I'm dealing with some really hard family stuff right now and sometimes I just need someone to listen to how difficult it is.

I HAD LICE LAST WEEK, GODDAMMIT. 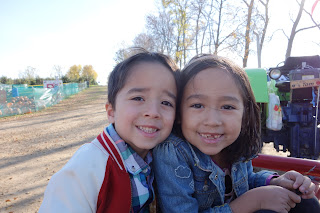 And I am still, without a doubt, the luckiest woman in her thirties in the world.