A Woman in Her Thirties Does Whole 30*

*if she wants to. You are beautiful exactly the way you are. Don't change.

This spring has been a season of indulgence. 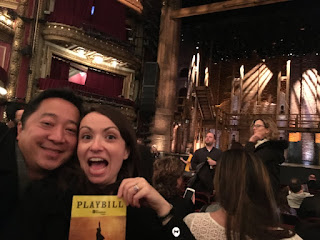 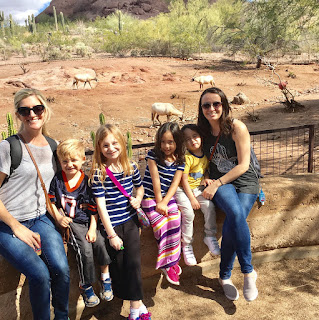 And visited M in Austin: 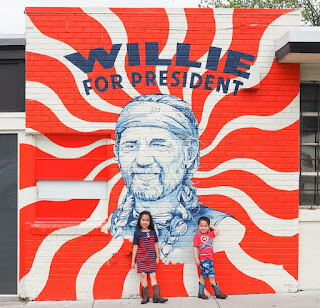 Don't get me wrong. 2017 has been a year of getting to some important work, if you catch my drift. But I figured if I'm working hard, I'd better play hard. And we've played hard.

When I visited K in Arizona, she told me she'd done something called Whole 30. Let me be clear about three things:
But K told me that her Whole 30 experience was really transformative, and not in a weight loss way, but in all kinds of ways. She said it was like a 'reset', which stuck with me. Because after months of working and playing hard, I did feel like I wanted a reset.*

*And let's be honest here: K told me about the Whole 30 in a way that implied that she didn't think I was capable of doing it. She basically challenged me to do it. She basically MADE me do it, now that I think about it. 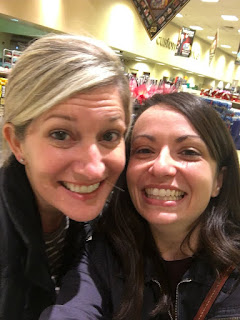 At Safeway, our old hangout. We used to spend $50 for two weeks of processed junk food to sustain us through college. This time, as women in our thirties, we spent $50 on like four things and that was normal.

So I was already leaning toward doing it, and then I read an article about how someone who'd done the Whole 30 plan had seen a huge difference with joint pain. Because I'm an eighty-year-old woman trapped in a thirty-eight-year-old's body, this resonated with me. Give up stuff and not feel like the tin man all the time? I'll try it.

I jumped in, which is to say I bought two books with recipes and pointers for how to do it. I started a couple days before the books arrived at my house, which was a good thing, because honestly if I'd thumbed through the books before starting, I probably would have said no way. But once I had the books, I was committed. A woman in her thirties means what she says and says what she means.

Tomorrow is my last day. Thirty whole days with no sugar, dairy, grains, or alcohol. Here's the good, the bad, and the ugly, at least for me:

The Good:
The Bad:
The Ugly:
I'm glad I did it though, because the most important thing it taught me was about my kids. I can't tell you how many times they offered me food this month, and I said no. 'Momma, try this cake!' No. 'Mommy, you will looooooove my string cheese!' No. They love connecting with me through food, and I love connecting with them through food. So, no more saying no to them.*

*Unless they offer me something totally gross, like sweet potatoes.

It is really important to me that my kids don't see me dieting. Eating well, yes, and I learned a lot of tricks over the last 30 days to eat healthier which I will definitely keep up. But as far as the books and the groups go, Whole 30 is no more. No amount of compliments about my skin is worth having my daughter feel like when she's normal, she's still not enough.

And with that, I gotta go. There's a Whole Woman-in-her-thirties-margarita out there with my name on it on Friday morning.
Posted by L. Shanna at 4:08 PM