A Working Woman in her Thirties

Well, it's been about seven months since I started working, and in the (very few) times I've blogged since then I've been saying I should really write about what it's been like going back to work. I'd say the fact that I haven't blogged with any regularity since then should answer that question.

As we say in our home, it's been Cuckoo Town. 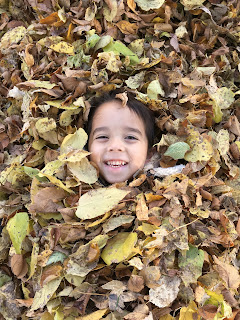 But good Cuckoo Town. Here's what I've learned in the last few months, and the list grows daily.

Want to volunteer for such-and-such? No. Want to bake brownies for the blah-blah-blah? No. Want to have a play date, then go to another play date, then schedule one more play date after that? No. No. No. I was actually fairly good at saying no before going back to work, but now that I'm working I think I say no 20-25 times per day. And that doesn't include saying no to my children. No is my favorite word. NO. NO. Say it, and be empowered. 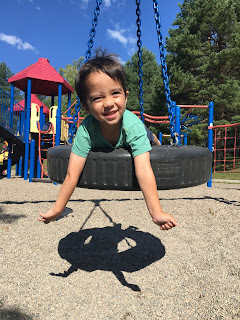 I have it easy. First off, I work at my own schedule. I don't have to be in an office at any particular time. Second, I was able to stay home with my kids during the YEARS of no sleep. Working would have been far less awesome during that difficult time. But now that the kids have school, now that we are all doing our own thing, going back to work has reminded me that I'm really valuable to this planet aside from birthing and caring for children. For me, that has been wonderful, and important, and made me feel more like the me I used to be, except better, because kids make everything better. 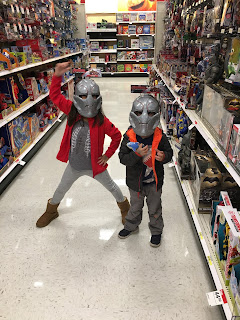 3. Everyone is going to judge you. That's what people do.

I'm well aware that people think I'm crazy (WHY would you go back to work when you don't have to?) or maybe a little selfish (because of all the no's...) or maybe a little insane (why wouldn't you just teach part time instead of starting a new career?). There are answers to all of those questions, but to be honest, this woman in her thirties doesn't have time to make anyone else feel comfortable with MY decisions. So, as my wonderful mother would say, 'if you don't like it, you can shove it'.

I would never pretend that juggling our schedules, particularly given the fact that L is gone SO STUPID MUCH, is a cake-walk. It's hard. For me, the 'thing' that gives most is food. It's not that I was some gourmet chef before going back to work, but I definitely put more thought into food than I do now. And that's a bummer for me. I'm working on fixing it. In the meantime, have I mentioned the wonderful raviolis at Trader Joes?

5. Mom support is pretty much everything.

There is a special place in heaven for the people who invented grocery delivery service. For the friends who see you're frantic and don't offer judgement but rather offer to take your kids for an hour. (I LOVE YOU, FRIENDS!) For the makers of those Usborne Sticker books that keep my children occupied. For my bosses who are also women and moms and understand that having the ability to be home and meet the bus stop cannot be quantified in dollars.

And of course, for my kids and my husband. Because since I've gone back to work, I have valued my time with them so much more. It makes my heart happy to hear them say, 'Mommy is going to work today', because it also means that they will appreciate our pre-sleep-book-snuggle time in a different way now, like I do. Which is to say our time is so precious-- theirs and mine-- and when we are together, we reap the benefits of all the ways we've grown in our time apart.
Posted by L. Shanna at 7:38 AM