A Woman in her Thirties Gives up Bubba

You know how when you have one kid people tell you that the second is going to be totally different?  And you believe them, but not really?  Not until you are actually in the midst of these two creatures and realize yes, everyone was right.  Two different people here.

I've had this realization on a daily basis in the last two and a half years, and a perfect example of that is with the pacifier.  Anna took one for a few weeks when she was a newborn, but once she figured out how to take out the paci on her own, she really had no interest in it. 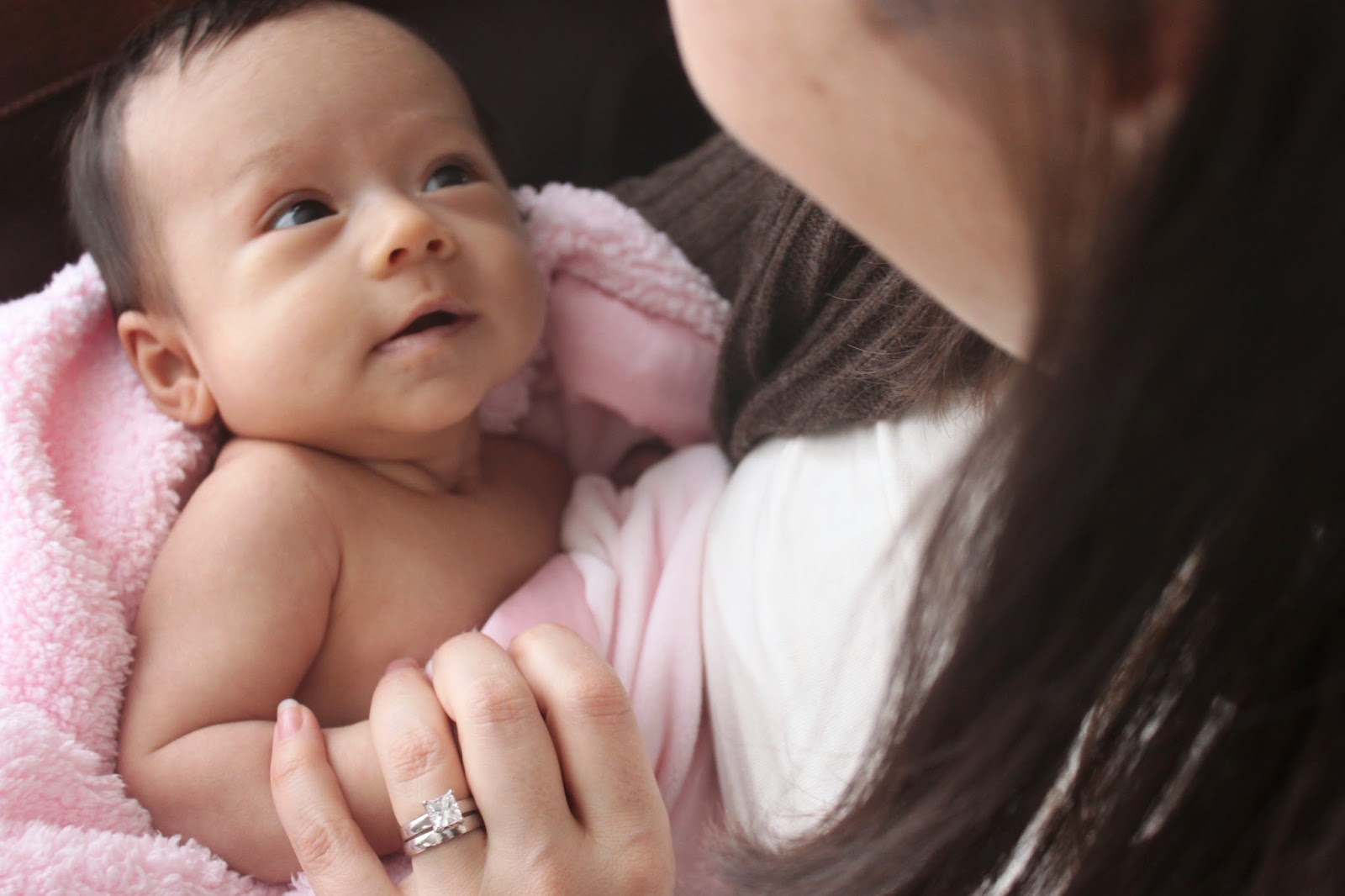 Anna, right about the time she dumped the paci.  I die.

I was totally relieved that Anna wasn't into the paci.  In fact, she was never a 'lovie' kid.  It was like she'd given me a gift in that department.  So when Aaron came along, I was hoping for the same-- take the paci for a couple months, then dump it on his own. 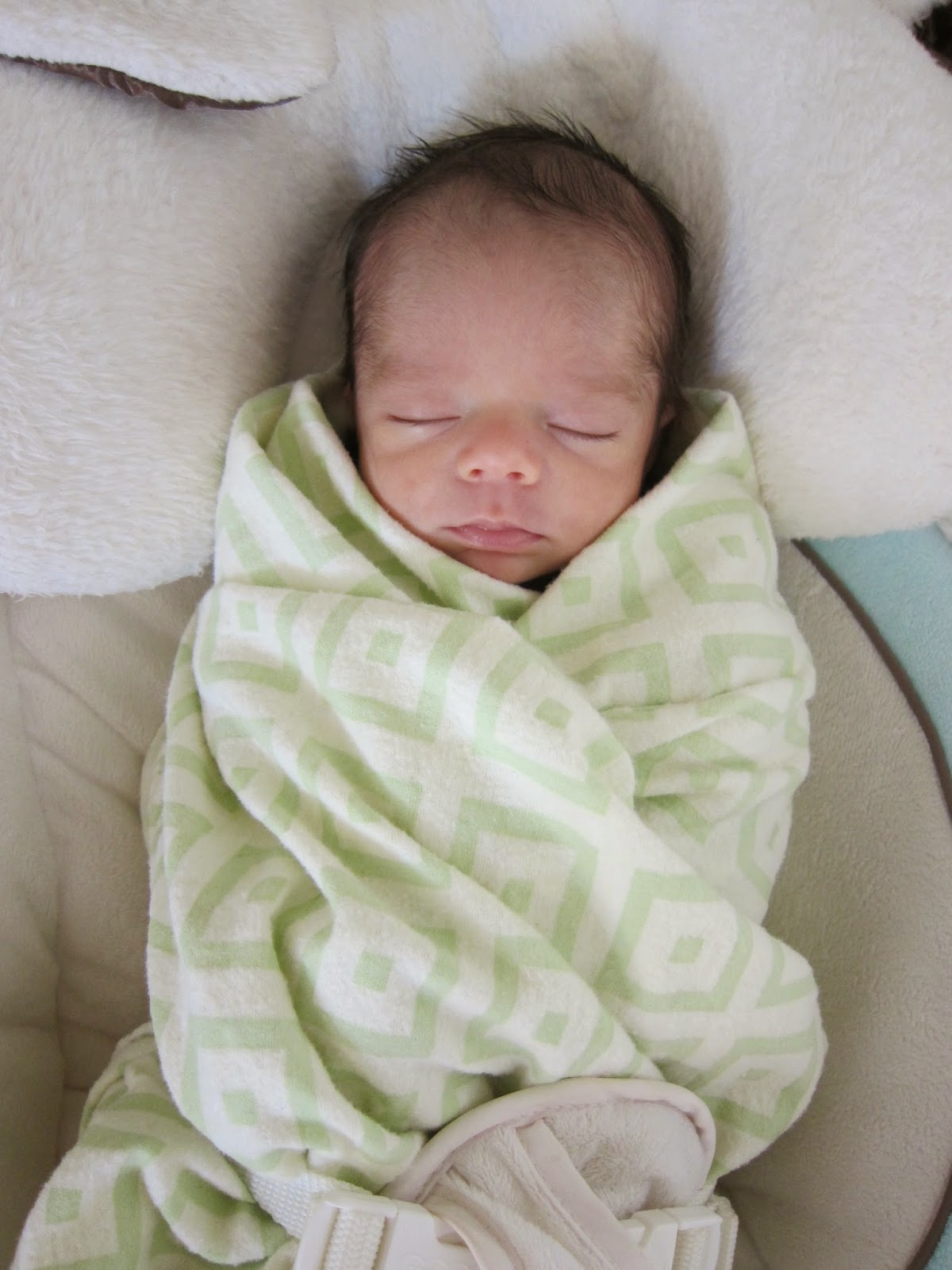 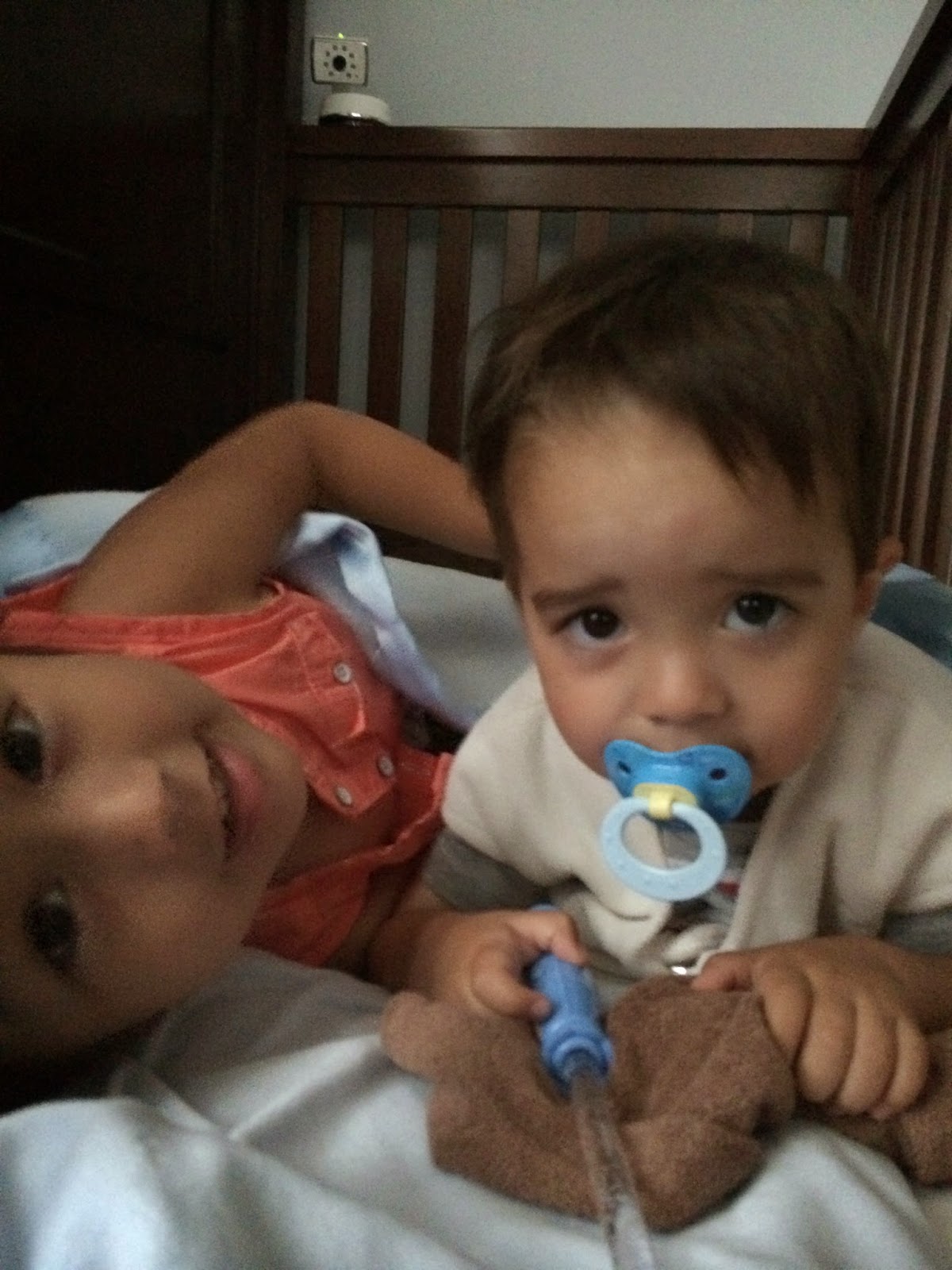 When Aaron turned two, I made myself a promise at Target:  I was DONE buying pacifiers.  Once that package was gone, it was time to give up the paci.  Firm.  Done. 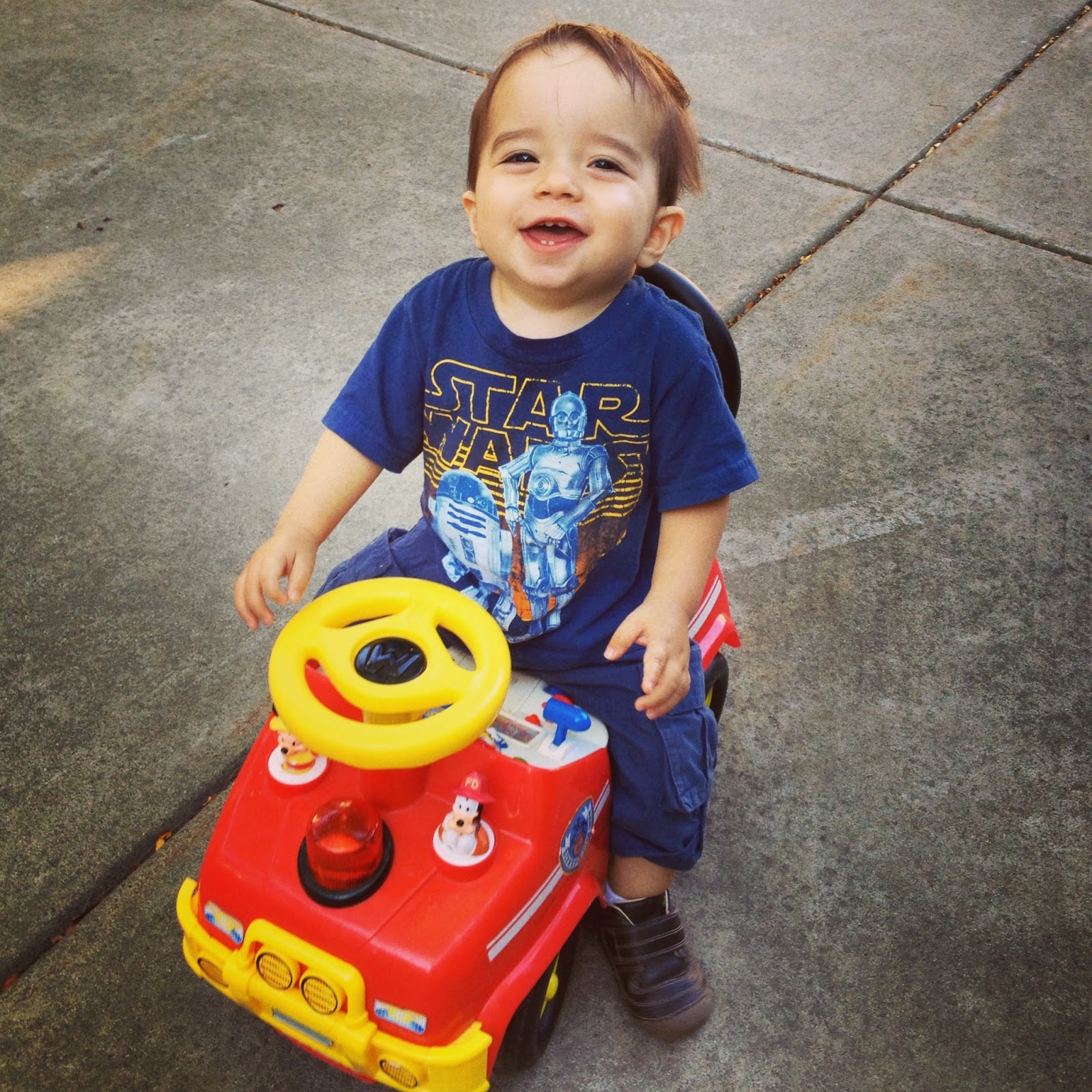 Full disclosure:  It was an economy pack.

I figured I'd struck a good deal.  I had an end date in sight, but that big giant stack of pacis seemed like it would last forever.

Then I looked at my stash two weeks ago and realized I was down to one.  ONE. 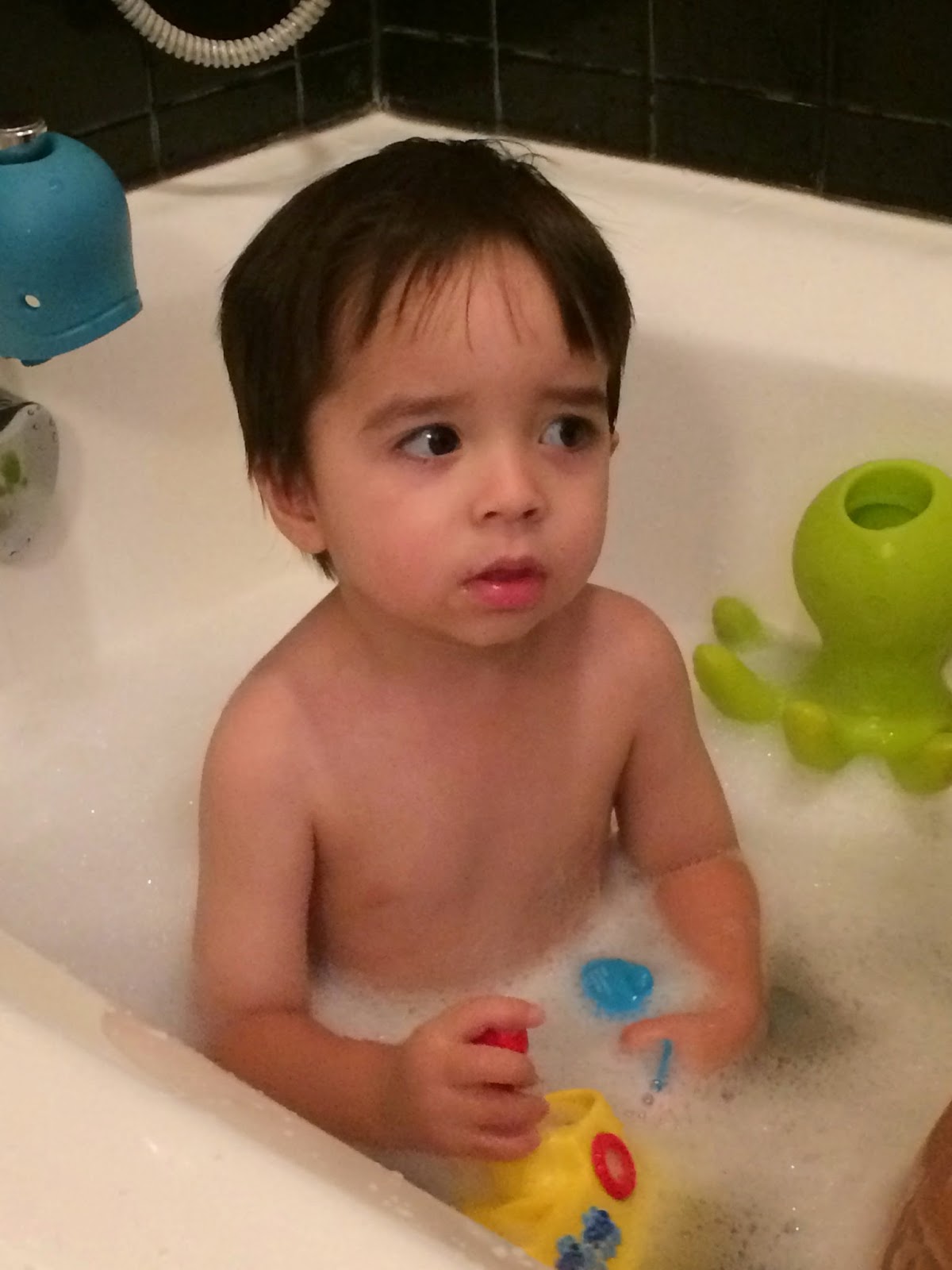 My face, pretty much.

I negotiated internally some more.  People have very strong opinions about pacifiers, from 'Who cares!  Don't worry about it!' to 'HOW could you let him still have that thing past 15 months?'  I made myself a promise awhile back to stop letting other parents tell me how to parent, so I shook all those opinions off (Thanks, Taylor!) and went back to my staunch woman-in-her-thirties stubbornness and said it was time.  No more paci.

It was hard, people.  Sleep, as I've mentioned thirty million times, is a struggle here.  I was dreading adding to that struggle.  But all signs pointed to this being the right thing to do, so it was off to Target Buddy and I went.  Only this time, it was to buy his 'Big Boy Toy' to take the place of his paci (or Bubba, as it's known here...) 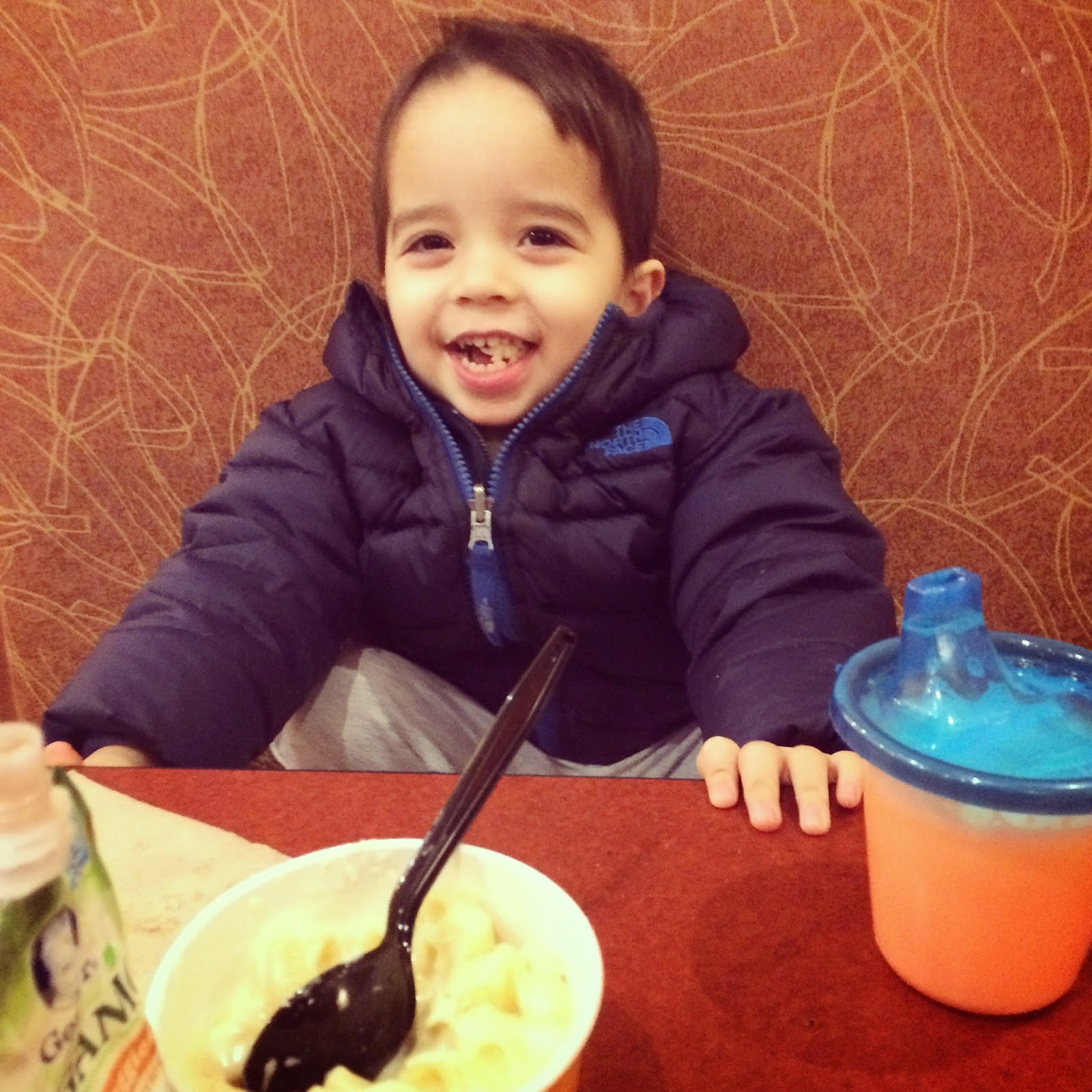 He picked a sword from Jake and the Neverland Pirates.  Then we made a big show about throwing away the Bubba.  Because... 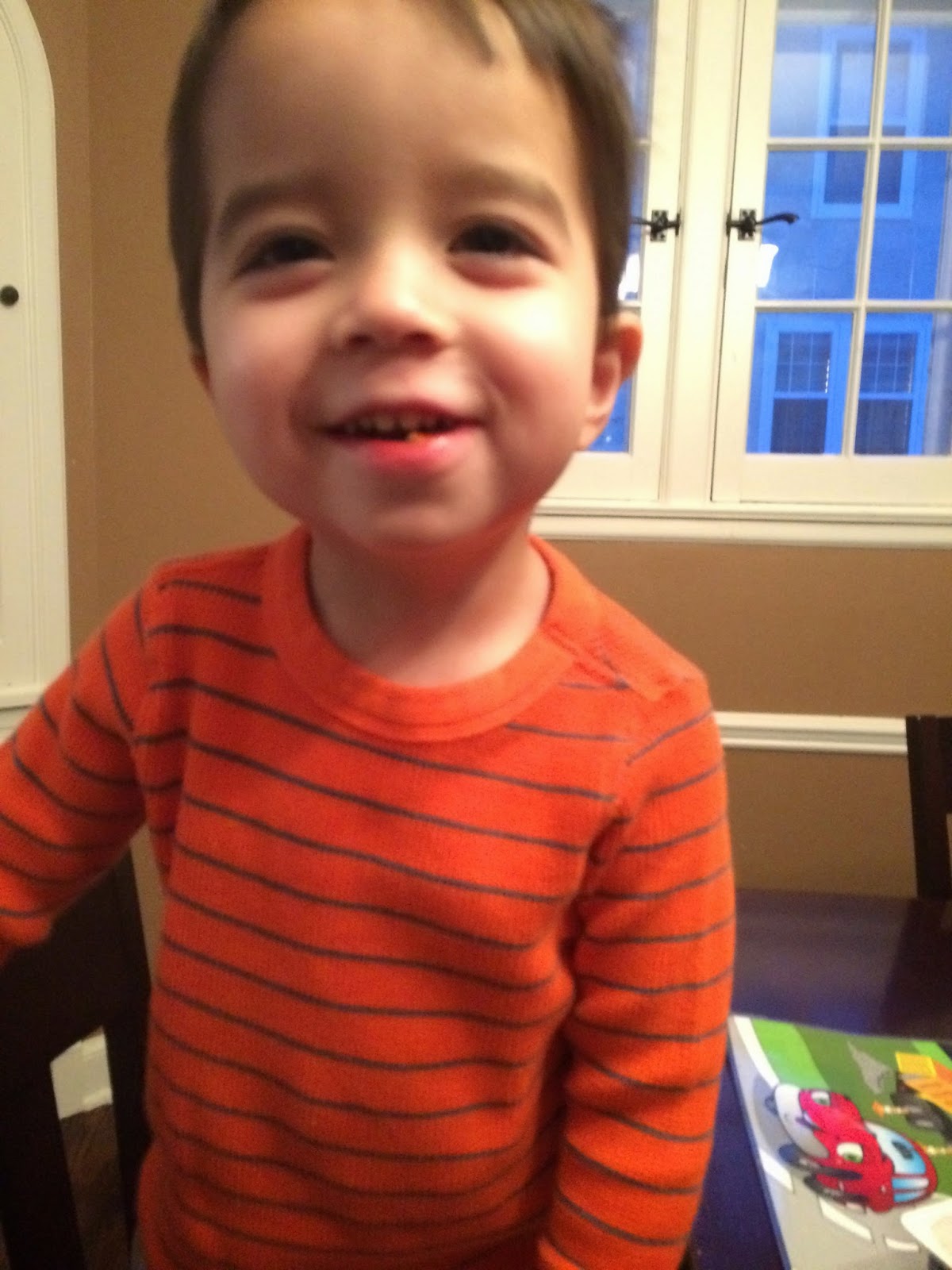 'Bubbas are for babies.  And you are a big boy.' (I have repeated this phrase uncountable times in the last two weeks..)

It was hard.  I'm not going to lie.  It's still hard.  One look at my eyes will tell you that.  However, we did it.  And when a woman in her thirties says it's time to give up the Bubba... no matter what that proverbial Bubba might be...  IT IS TIME TO GIVE UP THE BUBBA. 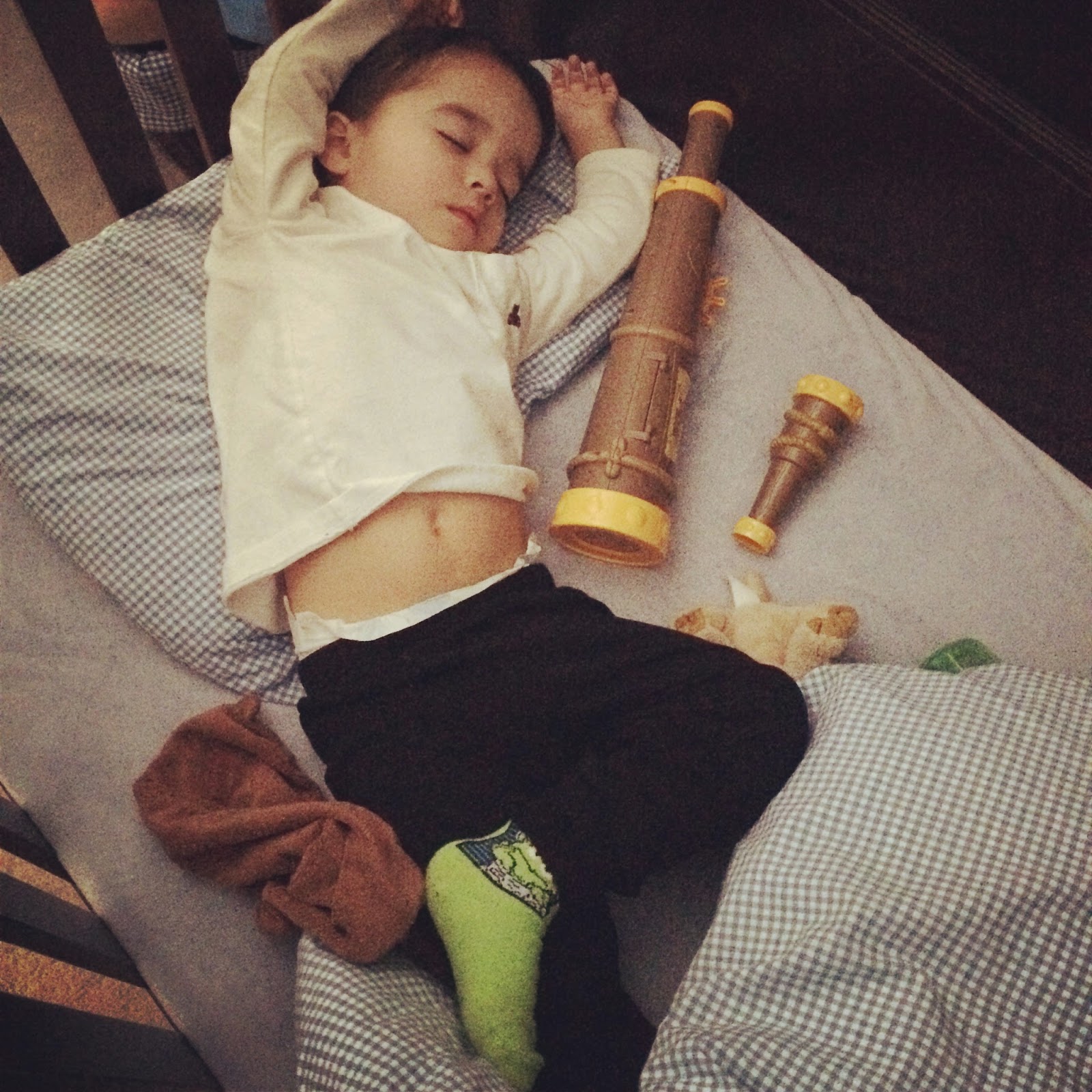 And she celebrates her success with a glass of wine, two or seven cups of coffee in the morning, and a pat on the back for a job (finally) well done.
Posted by L. Shanna at 6:46 AM 3 comments:

A Woman in her Thirties Resolves, 2015

You know I loooove me some New Year's Resolutions.  Bring it on, people!  Make yourselves happy!  Tell the world and hold yourself accountable!

So it's January 2, and time for me to list mine:

So many people have asked me about the book and how it's going.  I love it when people ask what they're really wondering, and that is whether or not I'm making money on it yet.  The answer is no, I'm not. I'm about halfway there.  So this year will be all about getting creative with selling the book, so I can make room for my second resolution... 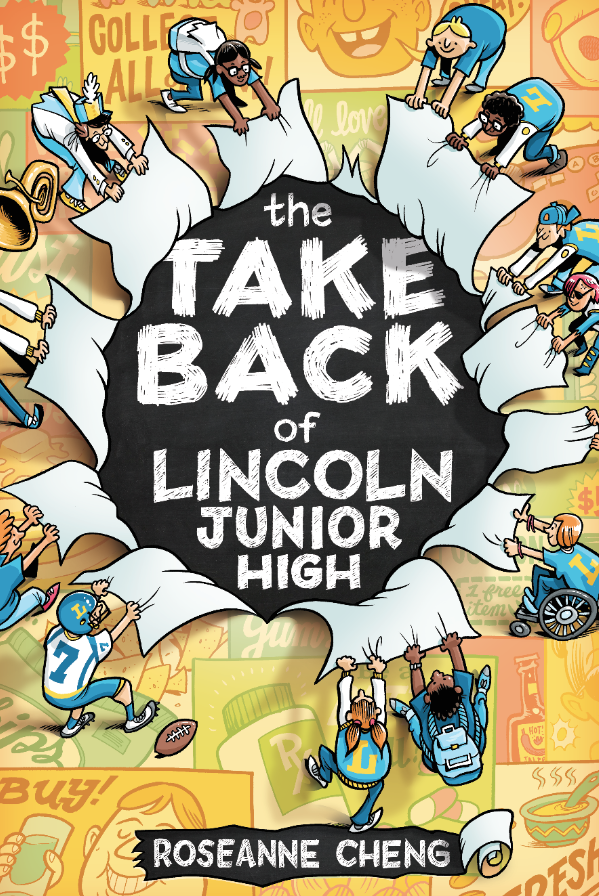 Yes, it's done.  My same amazing group of seventh graders from last year is going to read and edit it this month.  I learned SO STINKING MUCH publishing The Take Back of Lincoln Junior High, so I'm looking forward to doing this second one even better.

3. Deal with the sleep issue

For four years, I have been able to blame my children for my sleepy, sleepy state of living.  But now that sleeping through the night is a fairly consistent thing, I find that I am still living the toss-turny-no-sleepy-for-Mommy lifestyle.  Sleep has always been difficult for me, and I really need to prioritize getting better at it this year.  (Ideas welcome...)

I am not much of a meat-eater, and when L is away I almost never cook meat (I do cook fish).  I have always liked the idea of cooking one vegetarian meal for the family a week, but that has just never worked out.  In the last year, I have adopted a habit of not eating much for lunch-- a smoothie or whatever leftovers I can scrounge in the fridge.  I'm not trying to lose weight (I snack all day, homies), it's just the Momma-on-the-go life.  So I figure I can use what is almost always a meal by myself and eat vegan, or at least vegetarian.  (Ideas welcome...)

When people have asked about Christmas this year, I keep responding the same way.  'It was the most fun I can remember having on Christmas since I was a kid.'  That's because my babies aren't babies anymore, and I got to see the magic of Christmas through their eyes: 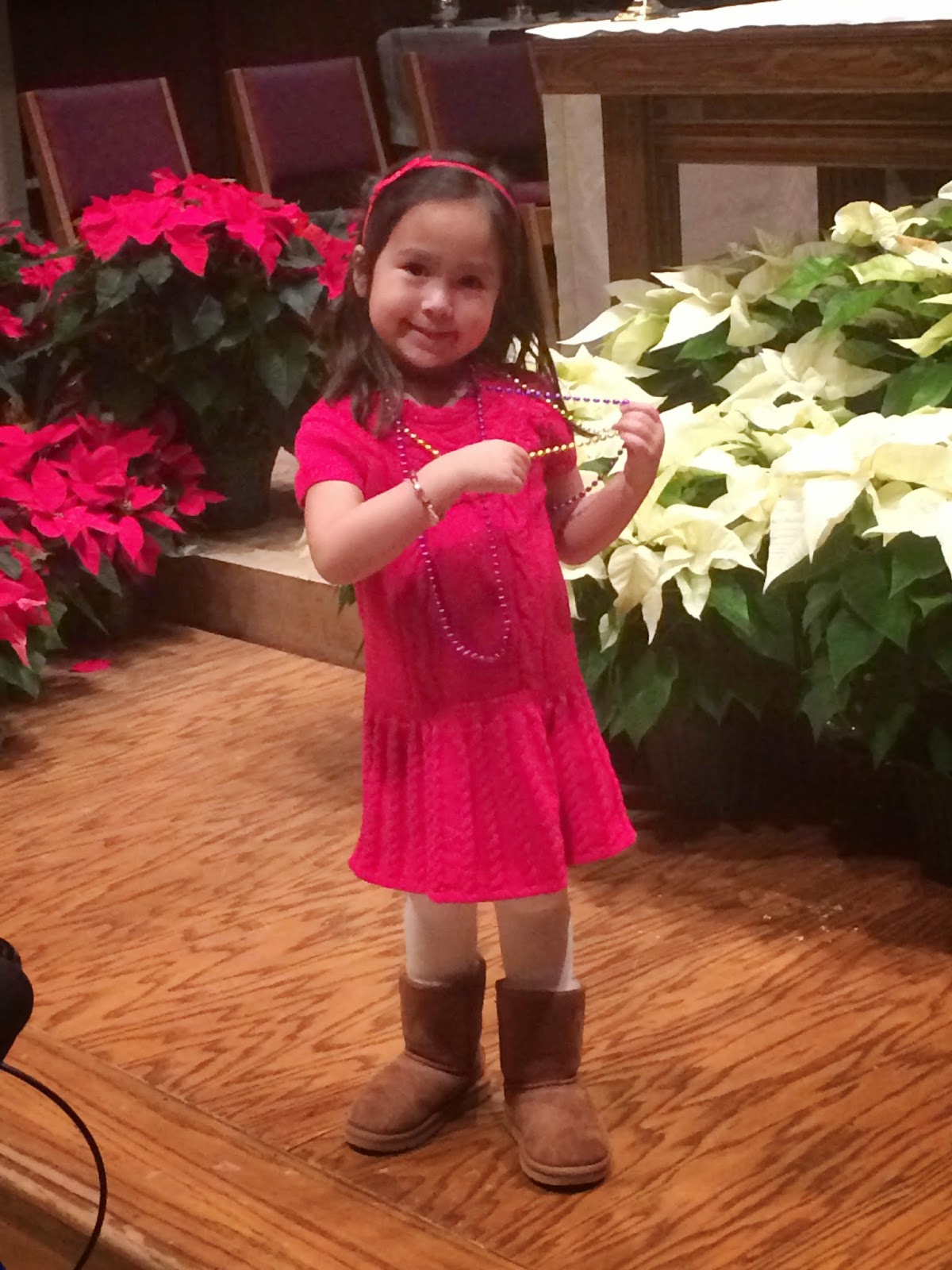 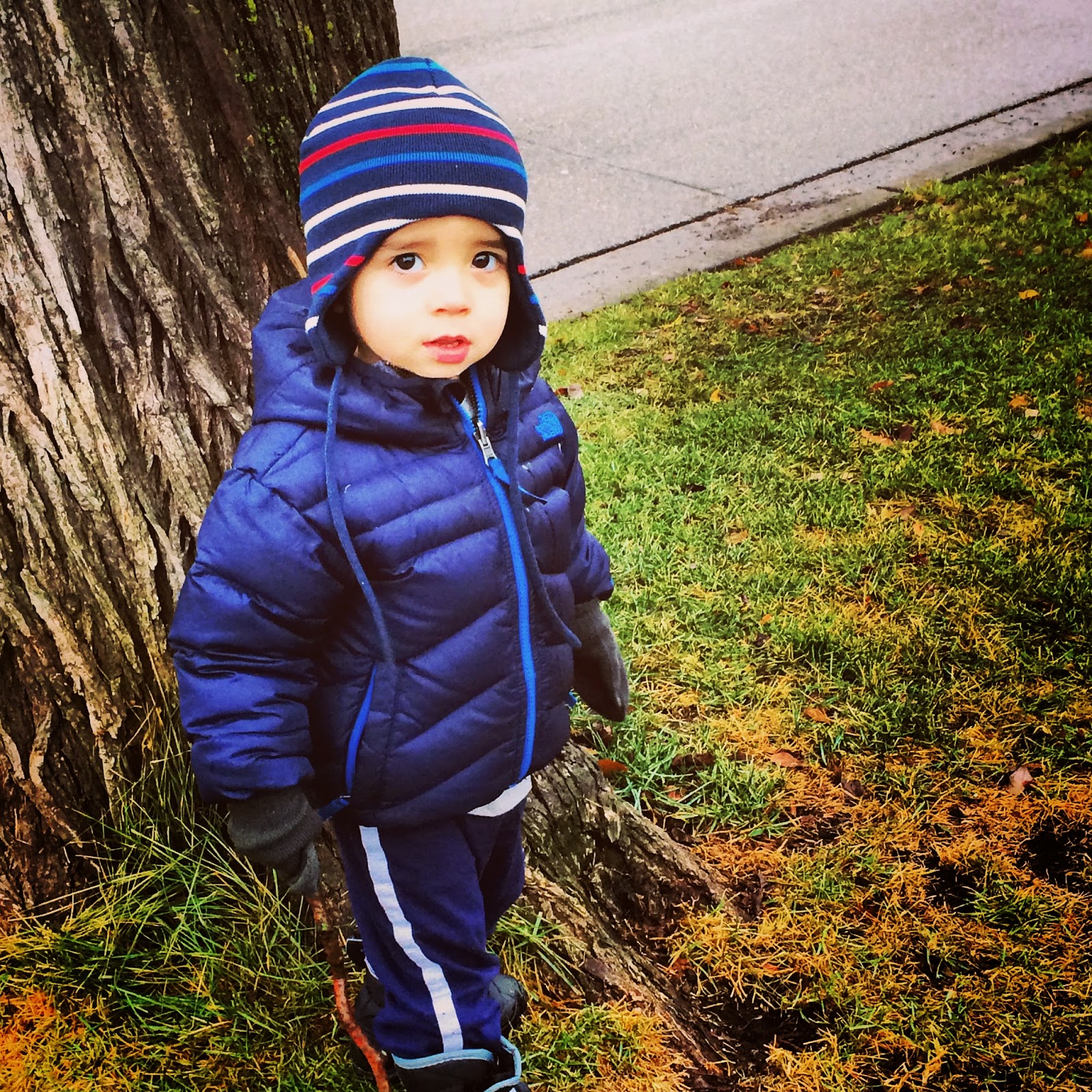 So in 2015, we're going to live it up.  Feb in Austin.  Arizona in March (weeeeeell, that one's just for me!)  Trips to the movies and museums and shows. Polar Vortex be damned, there's a big ol' world to discover! 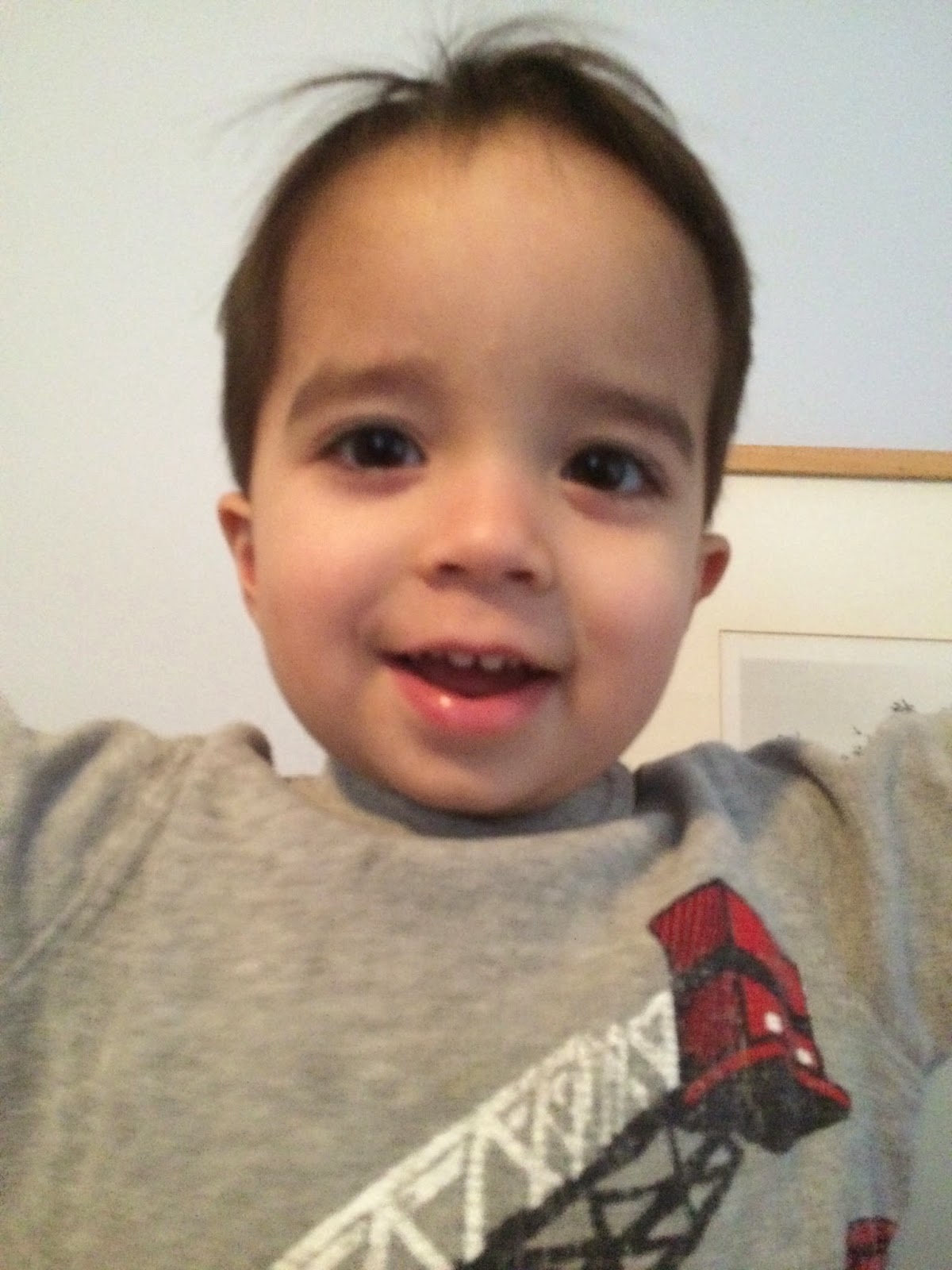