A Woman in her Thirties Goes on Vacation

You know those families who take vacations all the time?  The ones who, despite crazy hectic lives and unpredictable children are always off doing something fun? Since having kids, I have harbored a secret jealousy of these brave people. I see their Facebook posts of their smiling toddlers exploring a new place and think, 'I wish I was a cool mom, like that.'

Earlier this year (probably during the polar vortex) I told L that it was time to start taking vacations.  At least once a year.  Sure, we've gone on trips since the kids have been born, but we still have PTSD from a couple of those.  I'm talking pack-up-the-family-with-the-intent-to-make-memories kind of vacation. Anna is three and a half, and Aaron is two.  It's time. 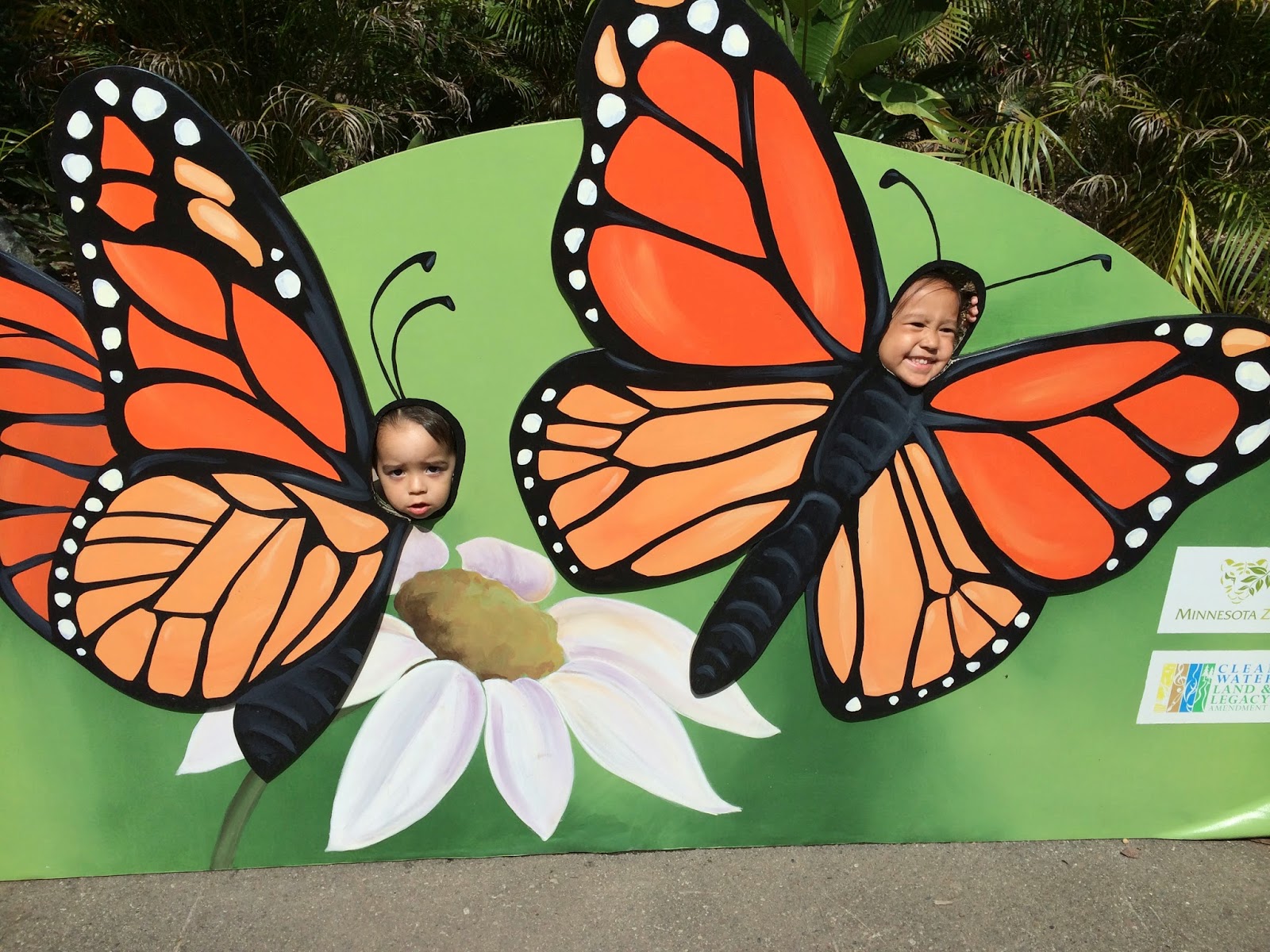 A couple years ago we met another couple here, J and J.  Well, L met J first. The way I tell the story when people ask how we met is by saying that they fell in love, because it's mostly true.  L liked J so much that I was actually nervous to meet his wife because I wanted so much to like her (and her me) the same way our husbands liked each other.  Well, we did.  And we now have combined our last names and are looking at building a compound so we can live together for always.

J and J suggested we all go to a place called Grandview Lodge, which apparently every single person in the Midwest has heard of and gone to before, except L and me.  We rented a huge cabin, had most meals included, and went on all kinds of adventures.  (This is GLAMping, people.  This woman in her thirties doesn't camp.)  Here are a few highlights: 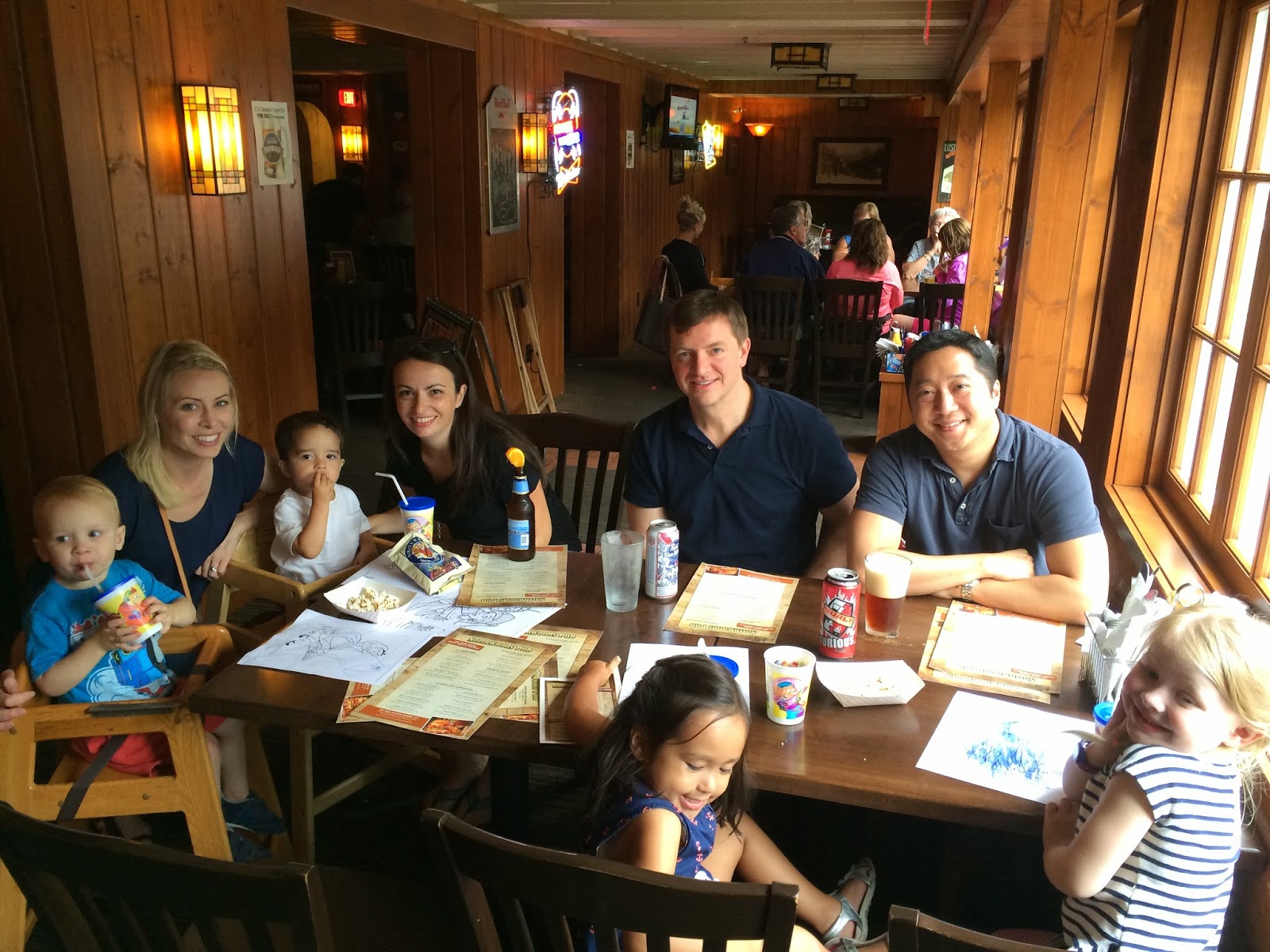 (Our first of many chaotic meals.) 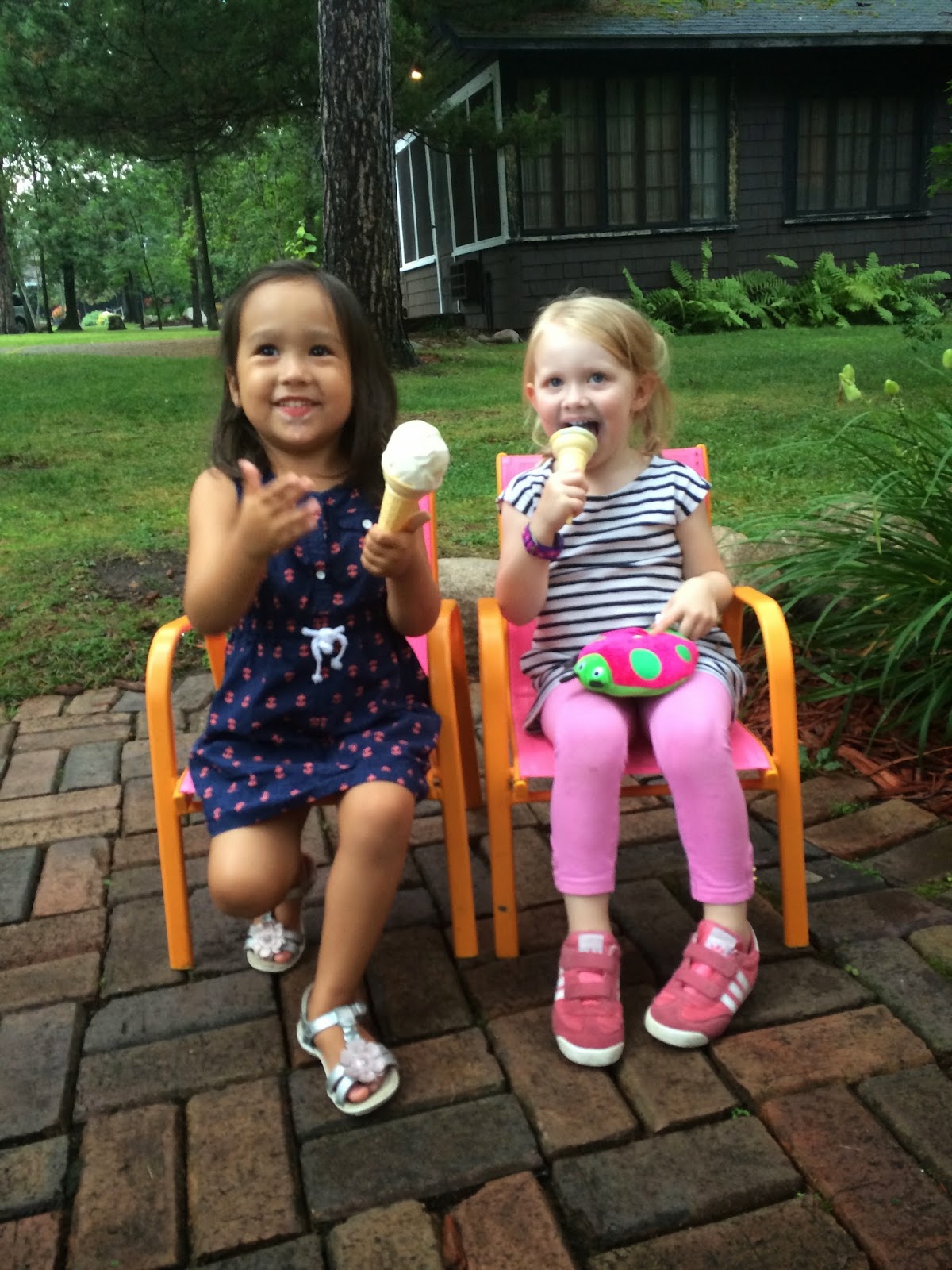 (Our first of many ice cream cones.) 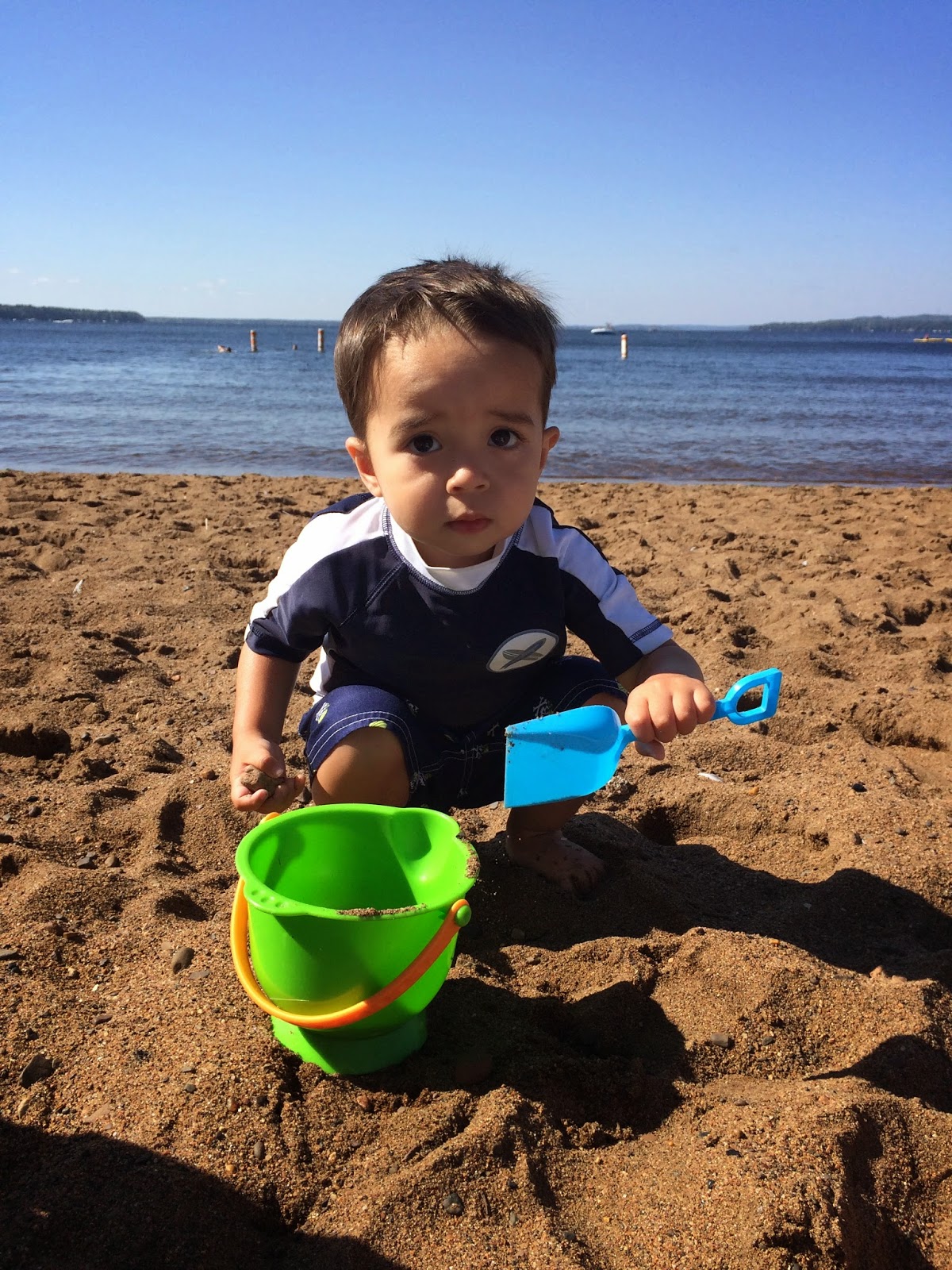 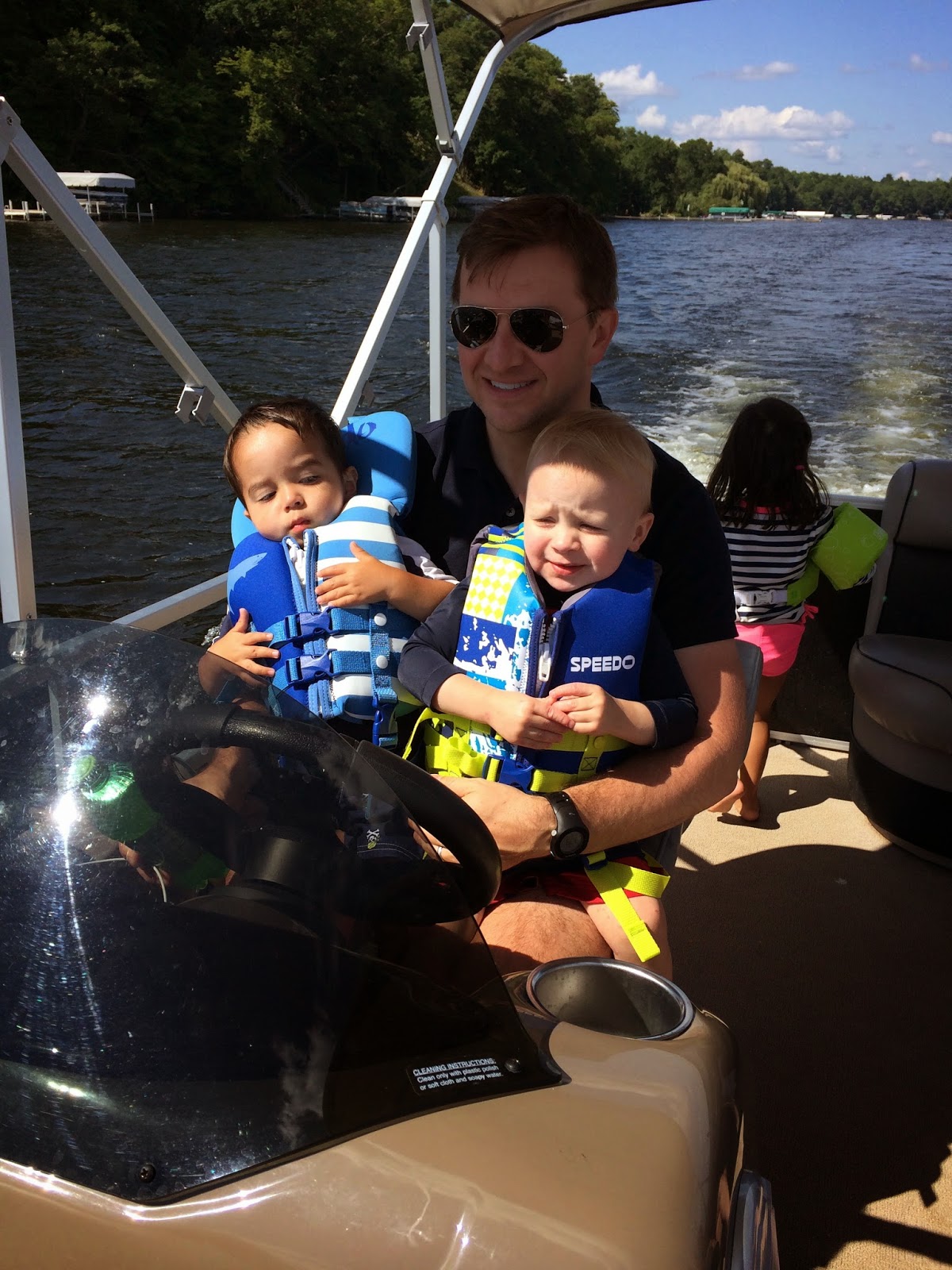 (The captain and his first mates.) 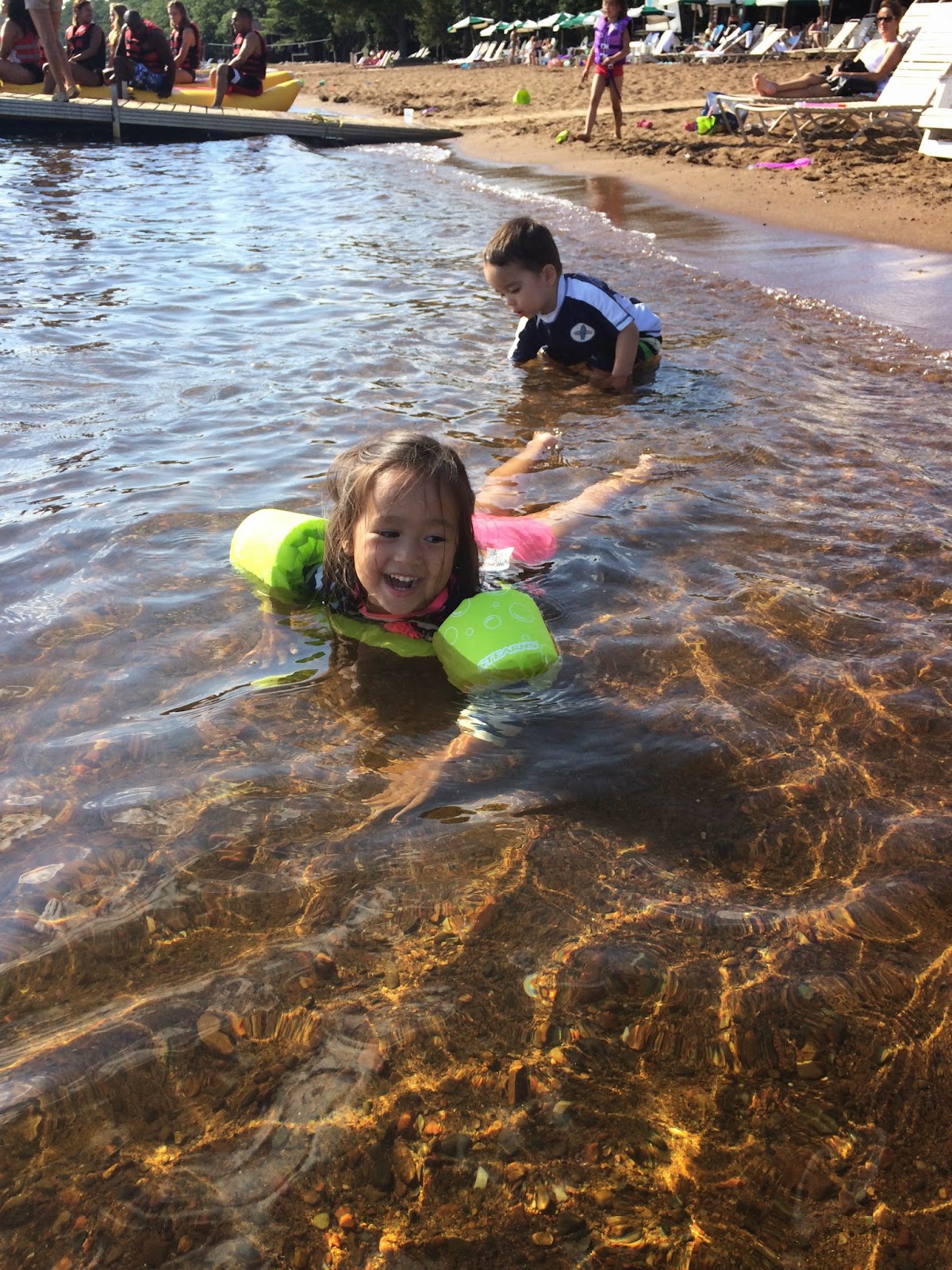 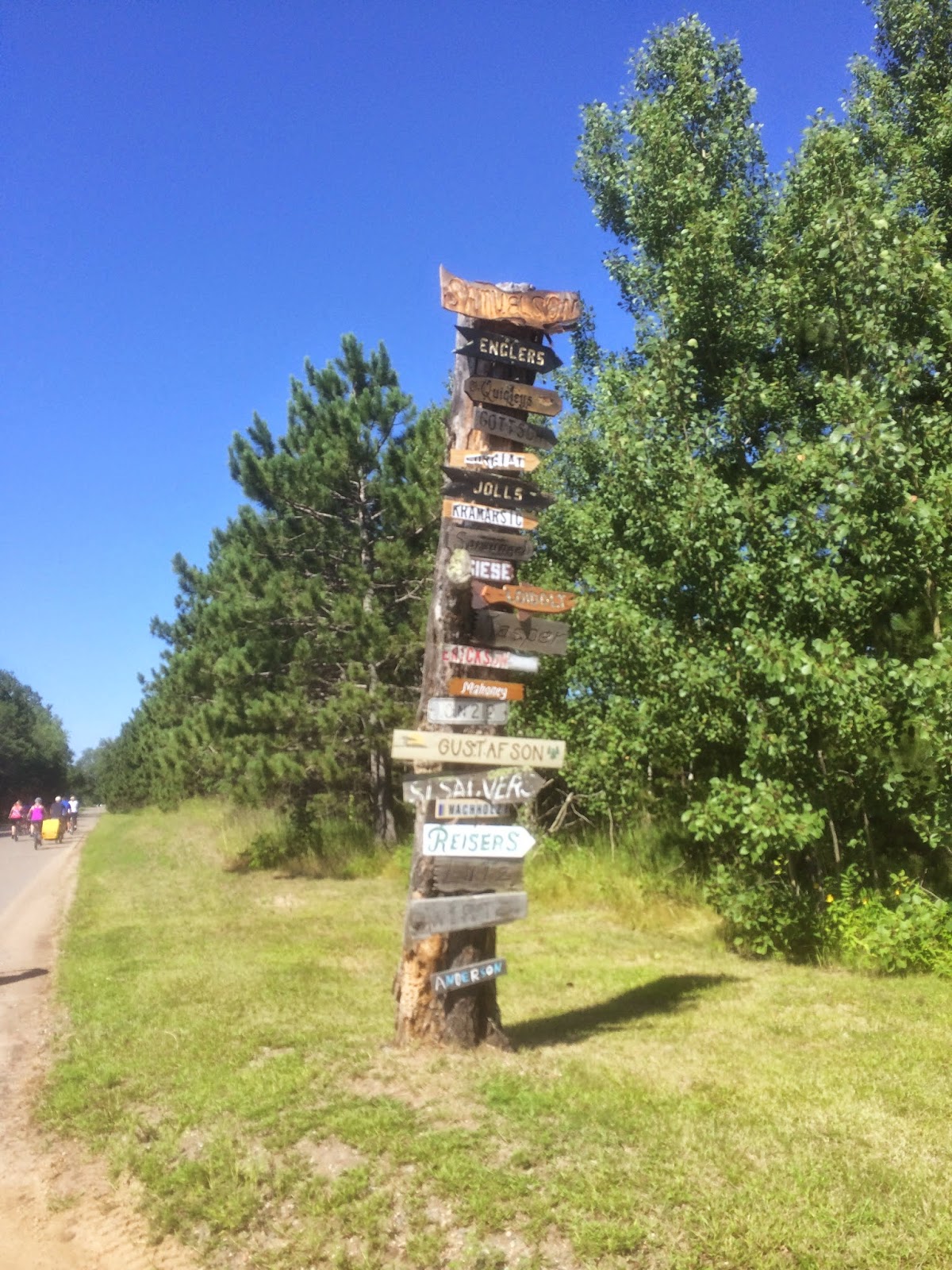 (Had to stop and take a picture of this on our bike ride on the Paul Bunyan trail.  All those signs point to people's cabins.  So Minnesota.) 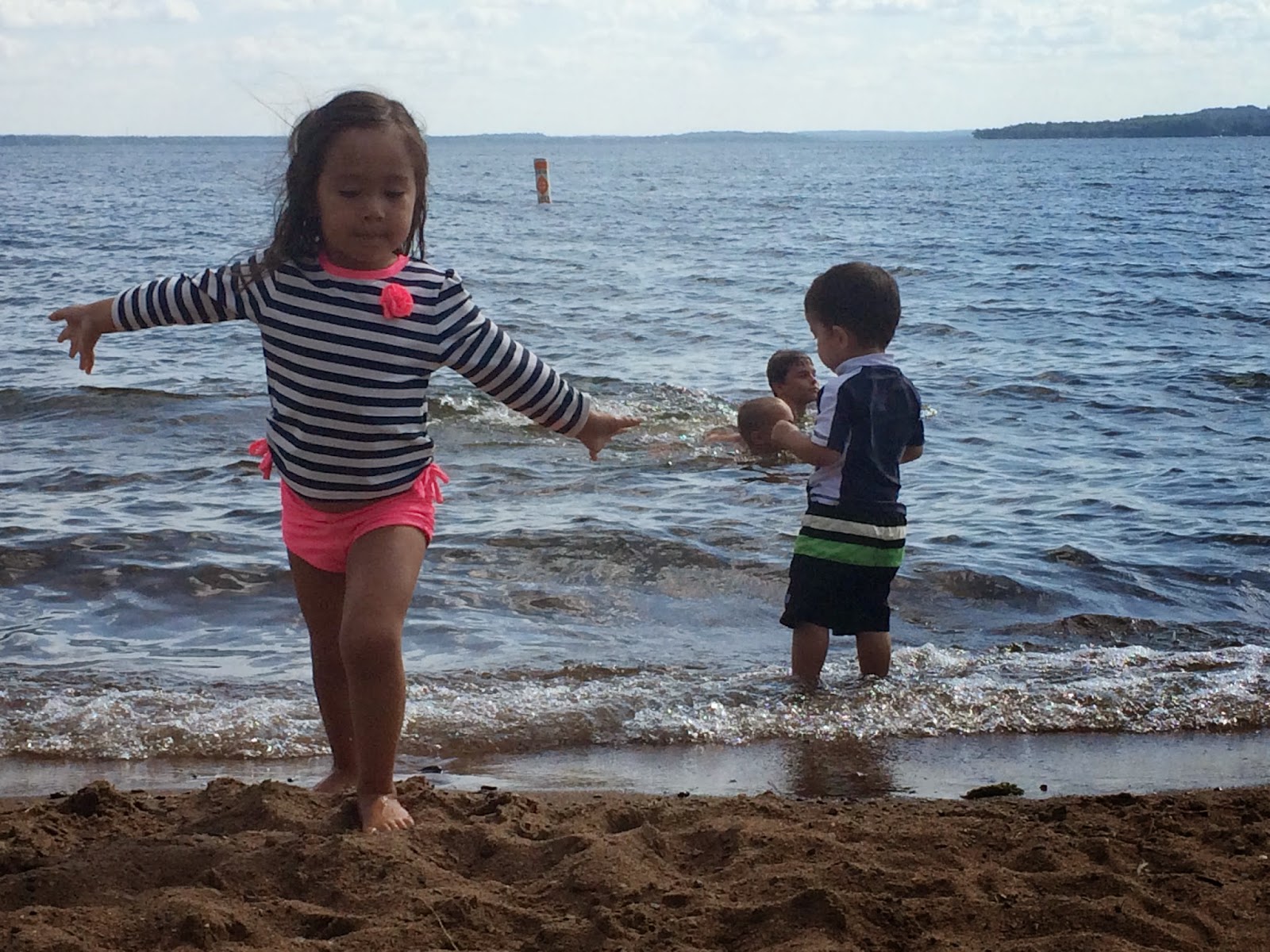 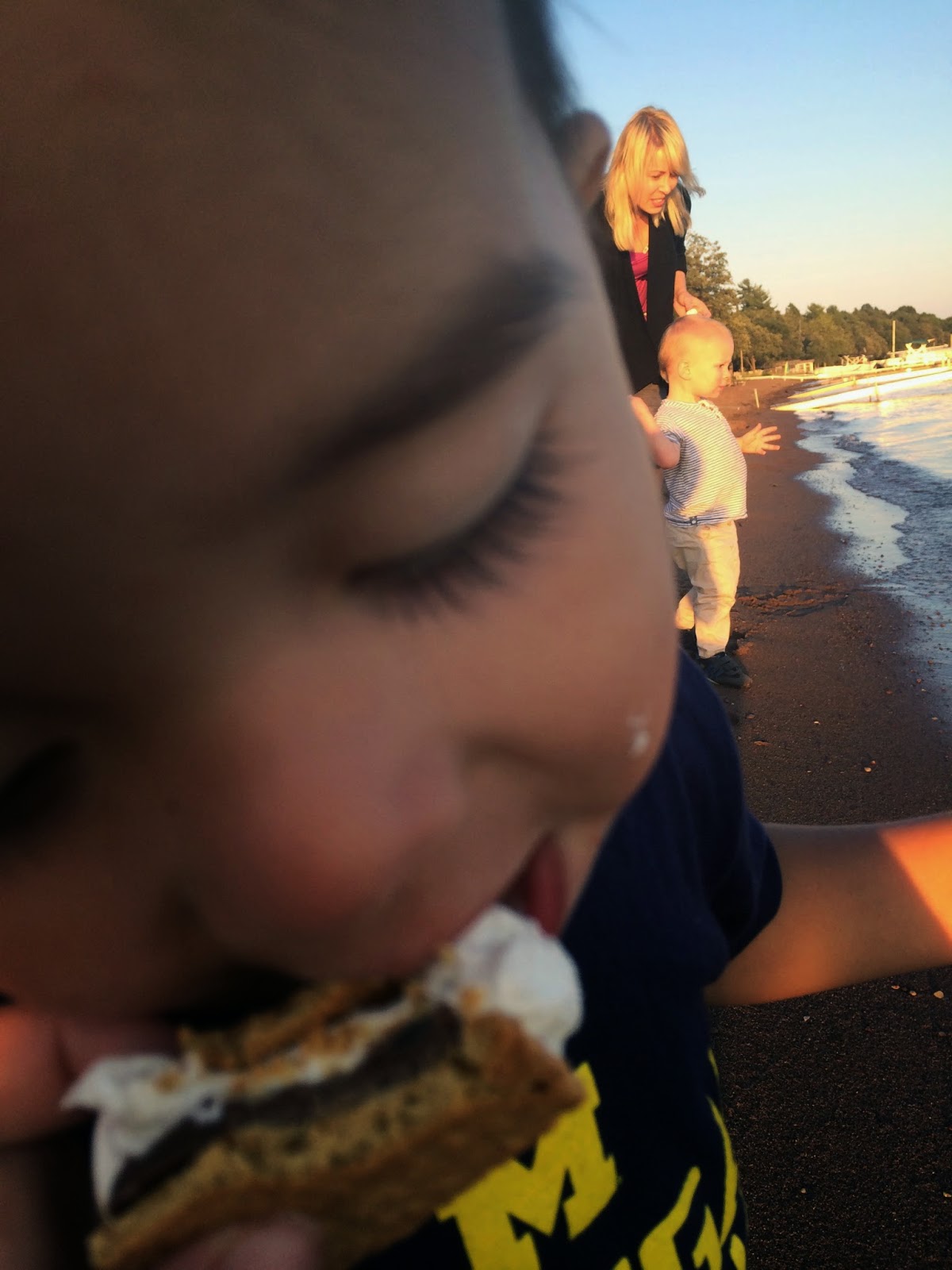 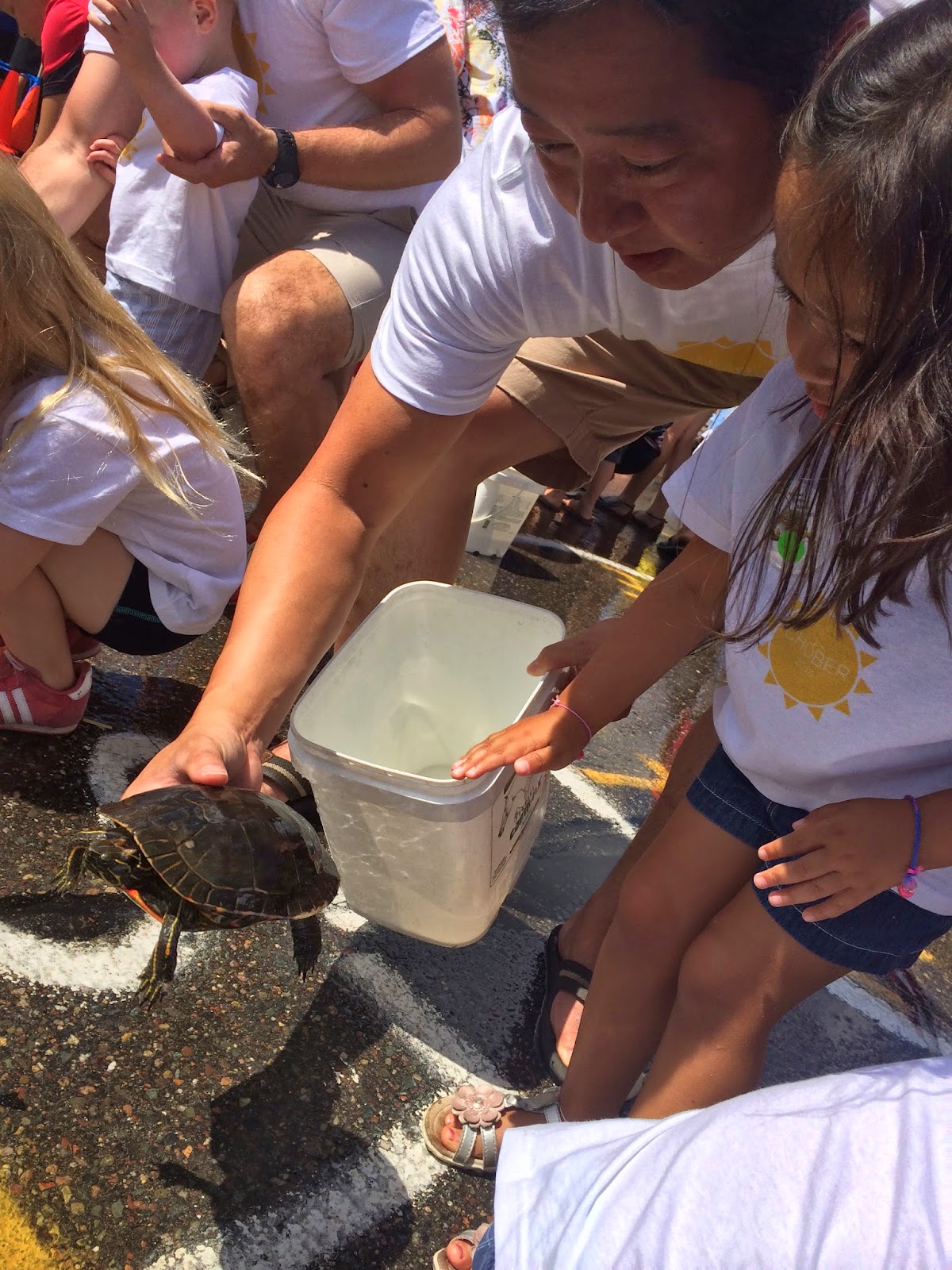 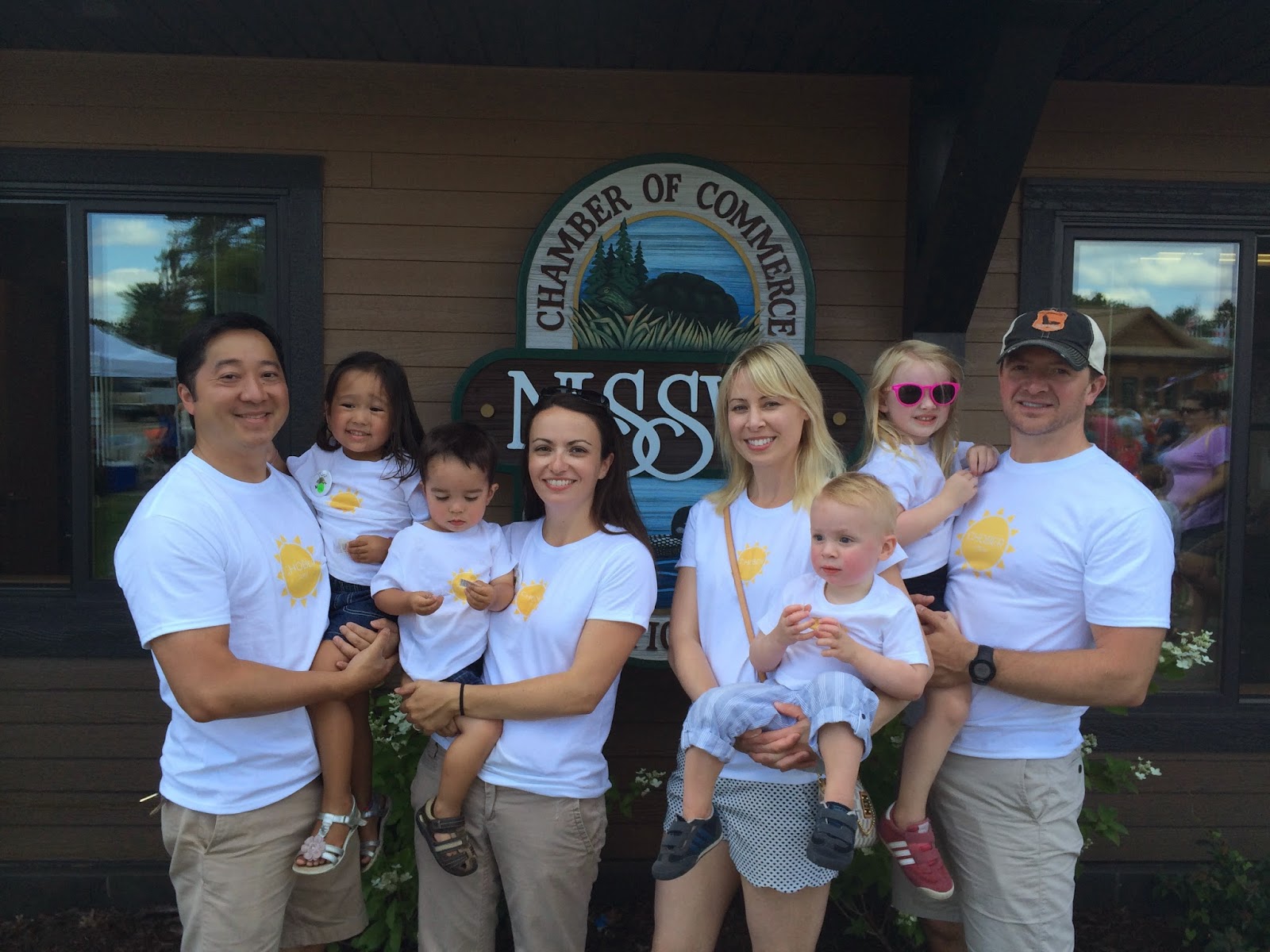 (Yes, we had shirts made for the trip. Deal.) 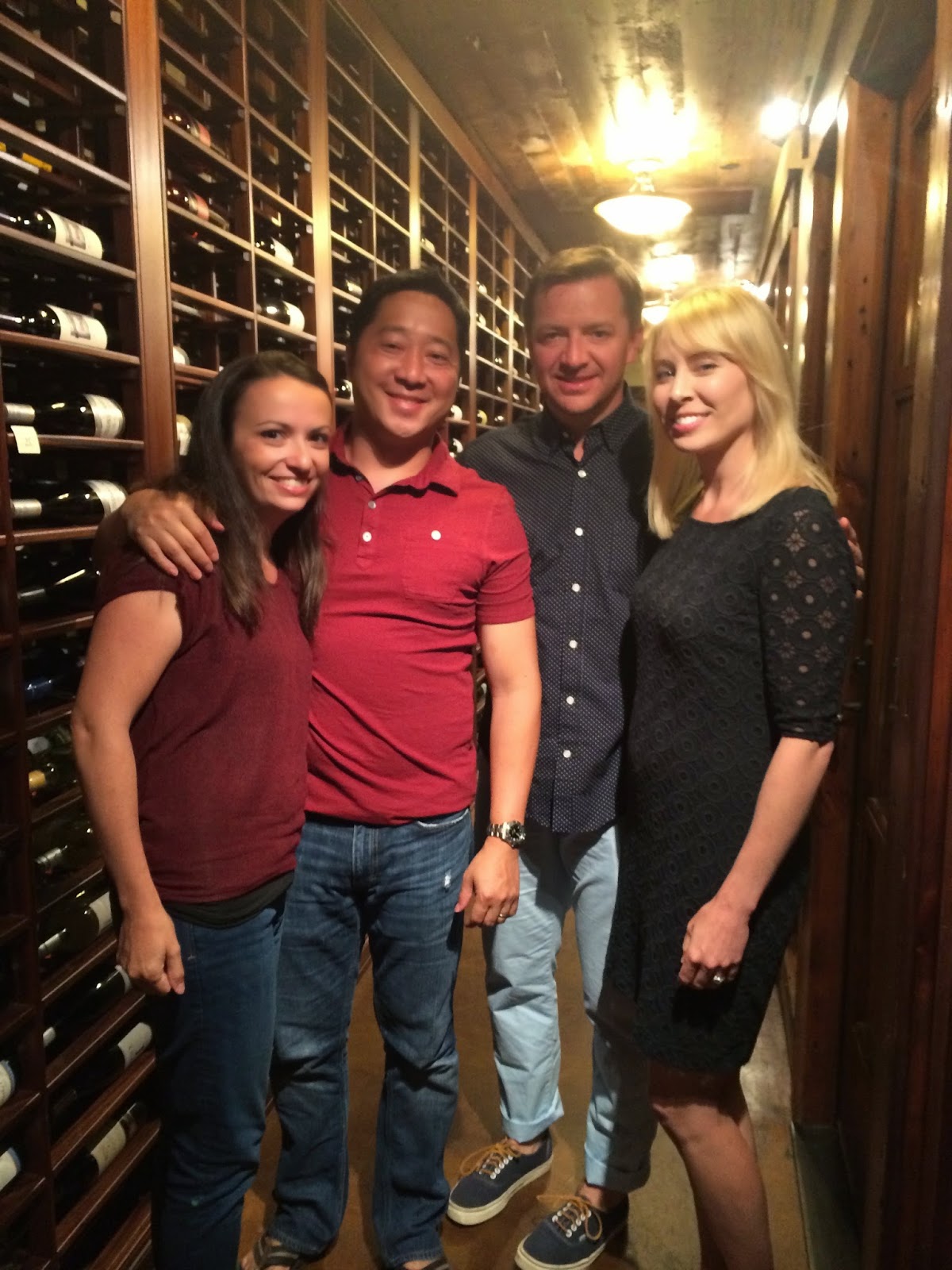 (We had a babysitter one night and went out for a nice dinner.  We shut the place down and may or may not have sung along to Richard Marx, Toto, and most of the Dirty Dancing soundtrack that was playing over the speakers.  Good, good times.) 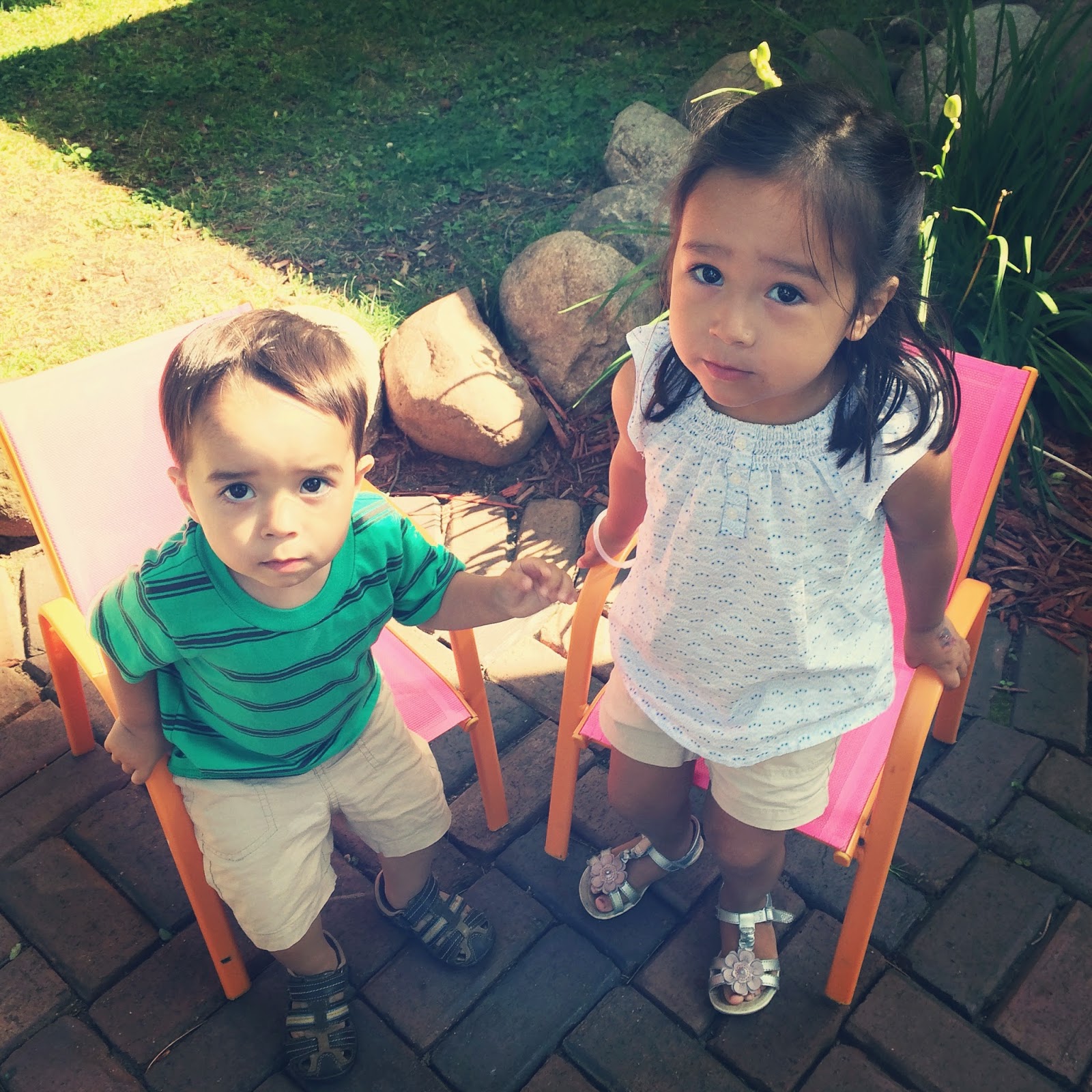 The looks on my kids' faces in this last photo pretty much sums up how we all felt about leaving. A wonderful week with wonderful people, and we are so very grateful for all of it.
Posted by L. Shanna at 11:28 AM