How a Woman in her Thirties Did It

I didn't let a lot of people know I was writing The Take Back of Lincoln Junior High when I was writing it, but the few people I did would look at my little baby girl, my gigantic preggo belly, and say, 'I don't know how you do it!'  It was always lighthearted, and was always answered with, 'I have no flipping idea.'  And that was that. 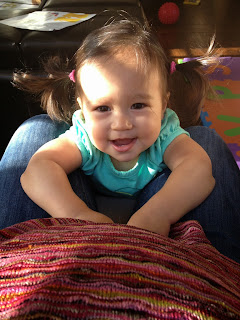 Anna, saying hi to her baby brother. A billion years ago.

I realize now that when people said that-- 'I don't know how you do it!'-- there was a hint of unintended sarcasm.  'Yeah,' they could have continued. 'That's so cute that you have a baby, are about to have another one, and actually think you're going to write a book.  I mean, you are adorable.'

When the publishing thing happened, it was a slow process.  Rejections, then acceptances, then a very fortuitous meeting with the woman who is now publishing my book.  The rest is, well, I wrote about it here.  Publishing a book has been a long, but very rewarding process.

Now, the comments have changed.

Well, actually, they haven't changed.  I still get, 'I don't know how you did it!' except there is no edge.  There's no condescension.

'No, seriously,' people (particularly moms) now demand. 'How the eff did you do it.'

But the answer is different.  I know exactly how I did it, so here it is.  The good, the bad, the ugly.  I am documenting this for posterity, but also so other women in their thirties can use this list to publish their own proverbial book, whatever that may be.

Let's just get this part out of the way.  The only snide comments I've gotten about publishing a book have been around me being a stay-at-home mom. 'I wish I had time for that.'  The implication, of course, being that a stay at home mom has so much extra time on her hands, since she doesn't go to an office to work.

Here's what I'll say:  There are lots of wonderful things about being a stay-at-home mom, but extra free time is not one of them. 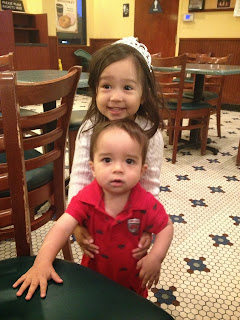 Here's how I logistically made the book happen:

The moral of the story is that I found and made the time.  You, too, can do this.  It might take lots of work, and it will definitely be a sacrifice, but if it's something that makes you happy (and writing makes me happy), then quit your excuse-making and make it happen.

When I was young and dreamed of being a writer, I embraced the idea of the writer's life.  Long afternoons in dimly lit cafes with my pen, paper (laptop, later), a steaming cup of tea, and my thoughts. While I'm sure that is the reality for some writers, it isn't for most.  I will never forget when I heard Khaled Hosseini speak after he published The Kite Runner (P.S.  Have you read And the Mountains Echoed?  Beautiful.)  He had a young family, was a successful full-time doctor, but wanted to try his hand at writing.  So he woke up at 4:00am every day for two years to make his book happen.

Once I let go of the idea of what writing a book should or should not look like, I learned (as Jane Hamilton once said) to enjoy the process.  During the times when I wrote, I saw it as 'my time'. I ignored any distractions.  No one messes with Momma's time. 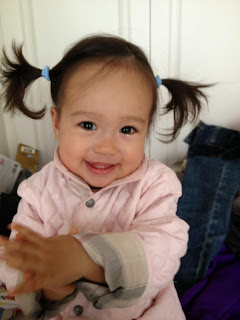 Alright, fine.  One person could mess with Momma's time. 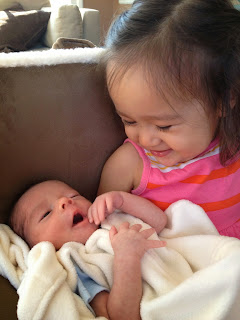 Because I knew very well that that once he got here all bets were off.  (And man, was I ever right about that.) The first draft of the book was done about two weeks before he arrived.  Challenge completed.

This was a crucial part of the process for me, and maybe belongs as #1.  Writing a book has always been my dream.  Always.  Writing is a part of who I am, and how I process the world.  I don't pretend I am the greatest writer ever (and if I ever did, the proofreading process was humbling to say the very least), but I always had a bigger picture in mind, and it was this: 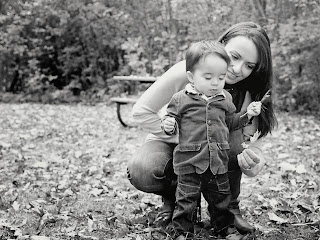 That is not the point.

The point is that I had a dream, and I worked my tush off to make it happen. In my eyes, and hopefully the eyes of my children, I'm already a success.
Posted by L. Shanna at 11:52 AM 5 comments:

A Woman in her Thirties in the Fall... (and a free book!)

It's been four years since I moved to Pleasantville.  FOUR!  And, hands-down, this is the best time of year.  After our endless winter last year (three words:  Snow In May), I felt we in Minnesota deserved a long, gorgeous Fall.  And so far, it's delivered.

Here are some pics by Mimsydotes.  How awesome is she? 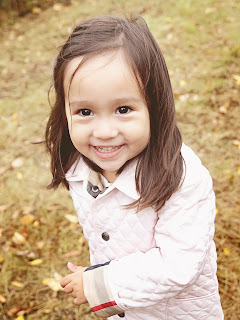 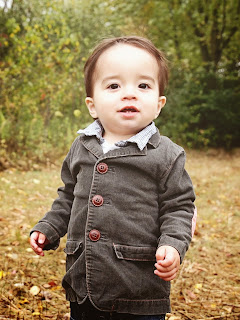 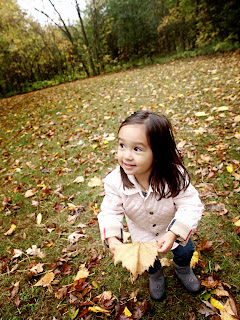 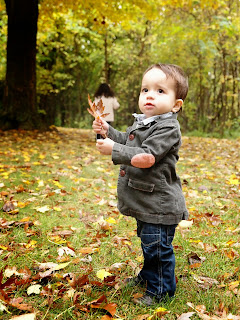 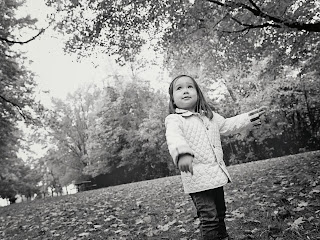 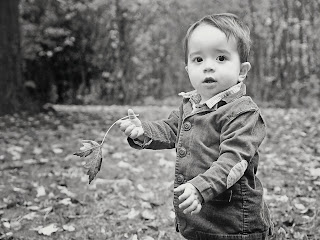 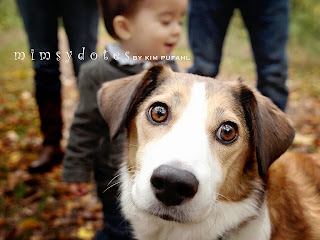 Seriously, she is amazing.

And you know what is also amazing?

I'm giving away 5 advanced reader copies of my book on Goodreads.  However, I just might have some extra copies if you can promise to review them (on Goodreads or your own blog--good or bad!) and get them into the hands of your favorite school librarian!  Leave a comment with contact info and a woman in her thirties can make some magic happen.

The Take Back of Lincoln Junior High

A Woman in her Thirties and the Comments of Others

A woman in her thirties should be self-assured.  This is rule #1 in the woman-in-her-thirties law book.  Not arrogant, not stubborn, not unwilling to compromise, but sure of herself.

This confidence includes being secure enough to let the snide comments of others slide off her back, for the most part.  This is particularly important when a woman in her thirties is a mom.  I find it amazing-- fascinating-- that so many strangers have something to say to parents out with their children.  By and large, it's people offering a supportive aside ('You sure do have your hands full!') or a sweet compliment ('Your children are beautiful!').  But sometimes... sometimes... not. 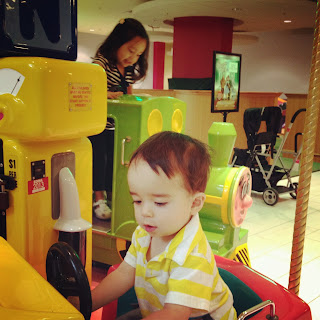 I'll start with Saturday night(s).  I love my Sunday morning hot yoga class, which means if I want to get to church with the kids I have to go Saturday nights.  (I married a non-Catholic.  This is something I knew going into the deal, and something we talked about at length.  L is not going to convert.  I have absolutely no expectations of him to do so.  If I want my kids to go to church, [which L is okay with, obviously], it's all on me.)

I'm not going to lie-- church is tough.  We sit in the cry room until Aaron can take no more, then we run around in the vestibule while I try to listen to what's going on inside.  Going up for Communion is... well, let's say it's not a super reflective time for me. 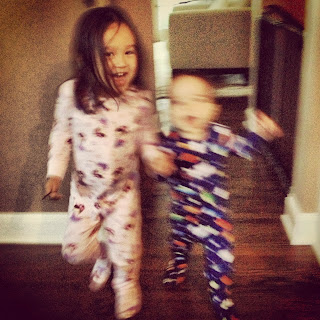 I'm hardly perfect about taking the kids to church every single weekend, but recently I read this blog post, and was re-energized.  'No one is judging me', I told myself.  They are all supporting me, and happy to see my babies in church, no matter how loud they are screaming while chasing each other outside the main doors. 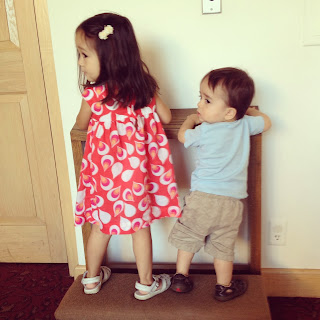 Last weekend was just such an experience.  I was literally sweating while I chased my kids around the vestibule, trying hard to listen to the homily.  A sweet older couple was setting up a table for their Bible study sign-ups, and Aaron, of course, had to go over and say hi.

'My wife and I were talking,' the man said as Aaron banged on his Bible study sign.  'Don't you think it would be easier to leave the kids home with your husband while you go to church, and then he can leave the kids with you when he goes?'

Was this guy trying to make me feel like an inadequate mother?  No.  Was he purposely trying be be presumptuous, unsupportive, and rude, just to name a few?  No.

And then Monday morning, when I took both kids to the grocery store (against my better judgement, but I really needed milk!)  Aaron threw a container of yogurt on the floor (splat), and Anna was whining about wanting everything to go in her little cart.

'I don't know how you can stand it,' a woman said as she walked by me, referring to the noise my kids were making.

But the damage was done.  This whole week I've felt the sting of judgement all around me, from the parking lot to the school drop-off area to the dining area at Panera.

I'm not doing enough.  My kids are out of control.  Everyone thinks I'm a bad mom.

This morning, after a particularly grueling lunch experience, I felt myself reach rock bottom.  'No more going out', I told myself. 'I can't take it anymore.' 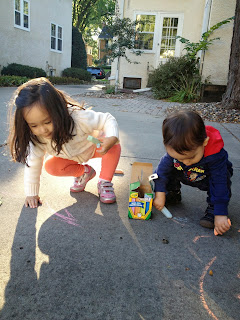 And I've certainly allowed a few lame people to overpower the wonderful people in my life who, every day, remind me that I'm a good mom.  Not a perfect one...but who is? 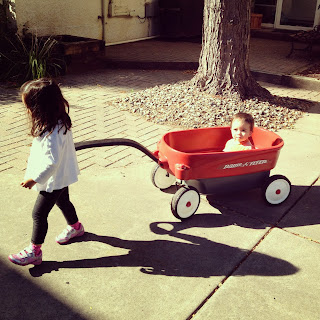 So to all the commenters out there, since you're so free with your parenting advice, how about a couple words of advice from this woman in her thirties:

If you don't have something nice (or supportive, or welcoming, or encouraging) to say, then keep your trappy-trap shut.  I am working on tuning you out, anyway.
Posted by L. Shanna at 1:16 PM 7 comments: