A Woman in her Thirties and the Man She Married

It was June, 2009.  I had found out I was pregnant, gone through some yucky yuckiness, and was laying in the hospital pre-op room, waiting for my D and C.

I felt cried out by that point.  The miscarriage, on top of all the other difficulties my first year of marriage had brought, left me feeling gutted.  I felt old and spent and very alone.  L and I sat there in silence, wishing for the day to be over.

The nurse came in with a green hair net for me to wear.  You know-- the kind doctors wear all the time.  She told me to put it on, but I didn't want to.  I wanted to wait until the very last second to do it.  I wanted to be pregnant for just one more minute, until I wasn't anymore.

L took the hairnet and somehow found a ball point pen.  I didn't notice him starting to draw on it-- I was too caught up in my own thoughts.  When he was finished, he presented it to me.

I wish I had a picture of what he drew.  It was a full-on green beret badge, complete with an eagle emblem.  L put it on my head and adjusted it just so. 'There,' he said. 'You're ready now.'

The ridiculousness of it-- the absolute absurdity, sent me into uncontrollable laughter.  I mean wet-your-pants, snot-out-your-nose kind of laughter.  It was so funny, so perfect, so EXACTLY what I needed in that moment.

Later, when I told that story to a dear friend, he said, 'Never forget-- THAT is the man you married.' 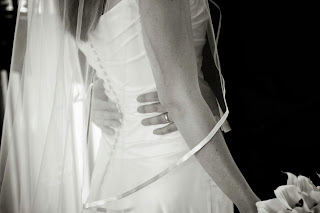 Those are probably the most important words anyone said to me in my first year of marriage, and they have stuck with me the last five years.  L is not perfect. (Sorry, beeb, but no.)  But the man I married is a man who always holds the door open for others.  A man who has no problem arguing with an insurance company to get them to cover a Medela breast pump for me.  A man sent out an SOS to the entire state of Minnesota when my pregnancy with Aaron started to go nuts.  A man who can quote Airplane! with me.  A man who loves The Whopper.  A man who supported my decision to publish a book. A man who, in the last week, has spent every moment possible at his father's side as he recovers from open-heart surgery.

A man who loves me, loves our kids, and loves our life. 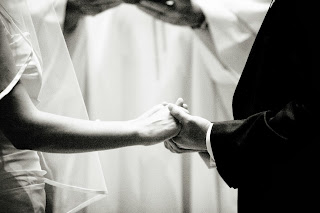 Even the hard parts, and the scary parts, and the parts that are chaotic and unfair.  No, he is isn't perfect, and neither am I.  Neither is our marriage. 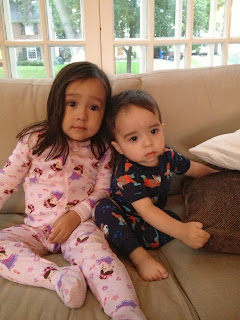 (Except these guys.  They're pretty perfect.)

But after five years of marriage, I can say that those words still ring true.

THAT is the man I married: 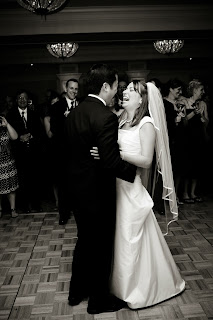