A Woman in her Thirties, Last Year, This Time

Don't be scared.  It's me.  I mean, you.  I'm you.  From the future.  One year in the future, to be exact.  I'm writing this to you because you're going about your day like it's all normal and stuff.  You're making chicken tortilla soup for dinner in the crock pot (less broth next time), getting ingredients together for almond cookies which you will bake with AB this afternoon, and getting your books together to return to the library.

Weird, right?  That I can remember all that detail, so far in the future?  Let's not focus on that.

Let's focus on this: 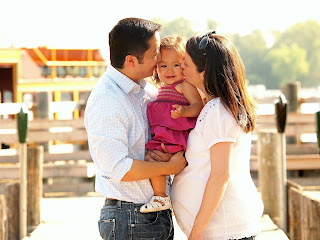 See that belly?  That is a dumb question.  Of course you do, just look down.  You're huge.  You're swollen, you're tired, and you're peeing every twenty minutes.  At least.

So here's the thing. I know what you're thinking.  I know what you've been thinking for the last ten months of this roller-coaster pregnancy.  I'm here to let you know a few things, so listen up.

1.  You're worried about being able to love another child as much as you love Anna.
Don't.  You know how everyone keeps telling you that a parent's love doesn't divide, it multiplies?  They're right.

2.  You're worried that the treadmill you made L buy you for your birthday will collect dust in the basement once you're able to work out again.
Don't.  It's almost a blessing that you've been under so many strict restrictions throughout this pregnancy, because it's made you appreciate being able to get exercise.  To date, you've gone over 145 miles on that thing.  You may not belong on the cover of Self magazine, but still.  You're kind of a stud.

3.  You're worried you're never going to sleep again, once the baby comes.
Well... ummm...
The good news is that you will function on less sleep in the coming year than you ever thought possible.  You'll be snappy, and you definitely will not look like the most beautiful woman in her thirties, but you will survive.  Even when it feels like you won't.

4.  You're worried about how Anna will adjust.
Well, here's the thing.  This is Anna, today: 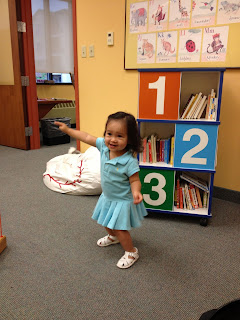 Dancing in the reading room at the P-ville public library.  Just because she's that happy.  And here is picture of her one year from now: 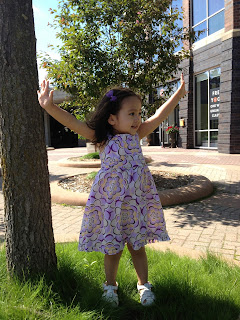 Dancing at the P-ville farmer's market.  Don't worry your swollen little self about it.  She'll be fine.

5. And so will you.
In the next year, L is going to travel a lot.  (Sorry.)  Often, just getting out of the house with both kids is going to feel like an act of God.  You're going to cry a lot, but thankfully you have wonderful friends willing to listen and offer support.  You're going to lean on your in-laws, who will be your saviors on more than one occasion.  You will potty train Anna, mostly.  You will get each child to their various daily activities, you will still have make time to read books (The Twelve Tribes of Hattie and The Woman who Wasn't There will be your favorites).

Oh, and you're going to make that whole dream of being a writer happen. 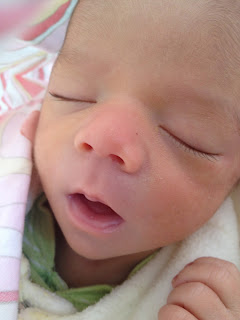 A Woman in her Thirties is a Year... in Rhinos

Well, it's time again for another year's worth of posts of one of my children with a stuffed animal.  Aw... you are thinking.  But you know what I'm thinking?

HOW IS IT POSSIBLE MY BABY BOY IS A WHOLE YEAR OLD THIS WEEK?! 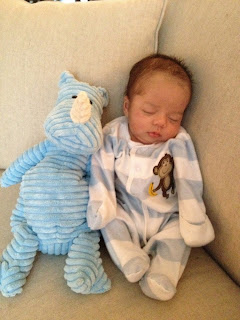 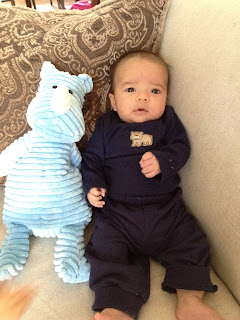 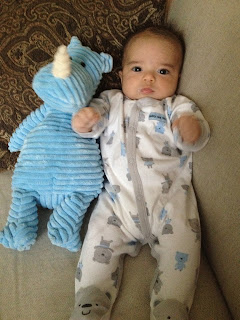 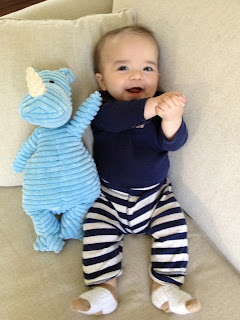 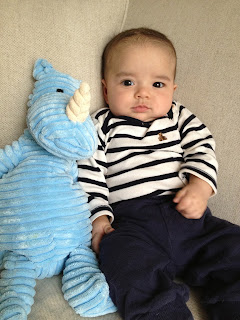 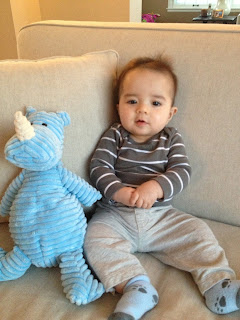 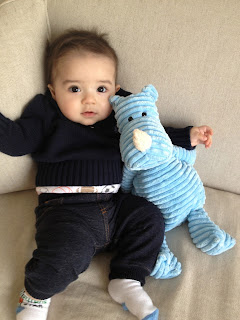 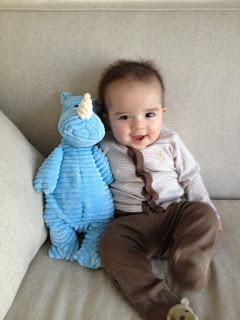 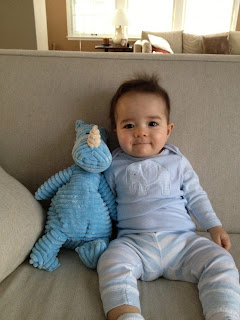 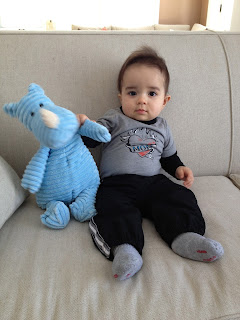 Month 11 (yes, Rhino is wearing a diaper.  He was learning to go pee-pee on the potty): 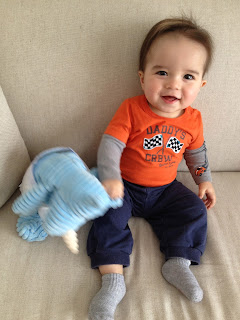 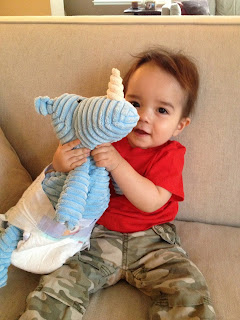 I love how the last few pictures the poor Rhino seemed to be suffering greatly at the hands of Aaron.  That's Mister B for you-- so busy, so curious, so active.  And so, so loved.
Posted by L. Shanna at 5:15 AM 6 comments:

A Woman in her Thirties on Father's Day

For many, many years, I didn't celebrate Father's Day.  Life at dealt me a series of cards which had, at a young age, left me without anyone to celebrate.  I never met my maternal Grandfather: 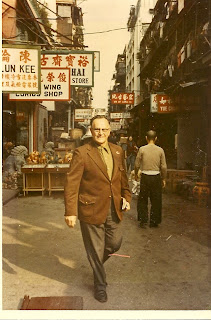 This guy, the Maltese Falcon.

My paternal Grandfather died when I was in kindergarten: 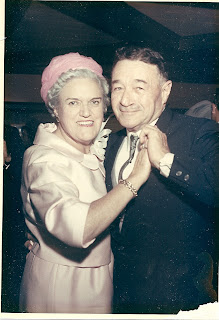 This guy (P.S.  Who else sees Aaron in that picture?!)

And then of course my own Dad, who died when I was twelve: 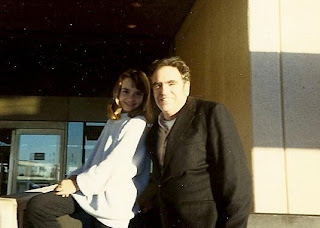 I don't have any memories of Father's Day.  I couldn't tell you what we did for my Dad when he was here.  It hasn't been a sad or melancholy day for me, all these years.  Father's Day has been a day that, more than anything else, was simply not applicable.

And then I got married.  To a man that, we had kinda decided, would be the father of my children.  I would have a father in my life again, though not to me, of course, but to the two (future) people who would be infinitely more important: 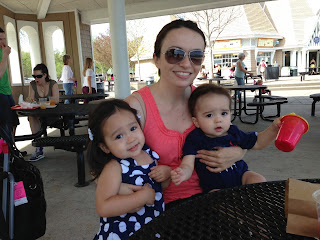 Let's ignore the bra straps showing in this picture, and just be happy the big sunglasses hide the sleep-deprived eyes.

Last week, my friend sent me a link to a blog her going-into-fourth-grade son started.  This blog is... well, go ahead and click on it.  It's heart-meltingly awesome in every way.  I sent it to L, who I knew would appreciate it, thinking he would read his posts and smile as I did. What ended up happening was (is) borderline obsession:

'This kid is really only in third grade?'

'He knows so much about cars!'

'His drawings are so good-- will our kids be able to draw like that someday?'

'Today is Tuesday-- a new Redline design comes out today!'  (He seriously said this.)

It was cute, but then I saw that L had commented on Redline's posts.  Keep in mind that, in five years blogging in this blog and three years blogging while living in China, L has NEVER commented on a single post of mine.  Not one.  But Redline, well, he got the business from L.  And when L read his comments to me, his thoughtfulness for this little boy and the questions he wanted to have answered, well...

I couldn't even explain where the tears were coming from at the time, but I know now.  It's from that place from so many years ago where I subconsciously removed myself from the world of children and their fathers.  From the place of needing or even acknowledging the need for that relationship.

L might be ridiculously picky about food, annoying unable to clean out the microwave when he's done using it, but man, does he ever love his kids: 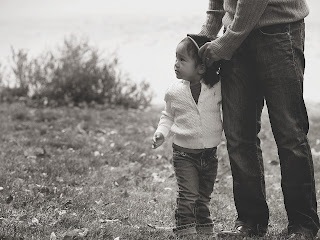 Which brings me to another man who's come into my life since getting married, another guy who is pretty enamored with my little ones: 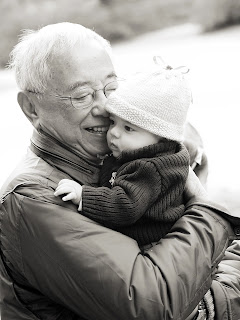 My father-in-law, who could never understand all he's done for me.  He's the father I've not allowed myself to miss, and the second reason that Father's Day is, once again, so important.

So it is with an unexpected relevance that I now celebrate Father's Day.  The father I chose for my kids, the father I happened into, and the father that I believe, even after all these years, still looks out for his littlest girl. 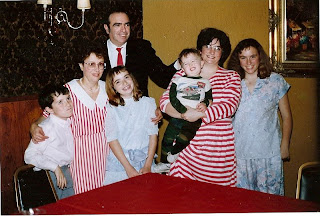