A Woman in her Thirties Goes Dark

I've said before that I'm a big fan of Lent.  That's not just 10 years of Catholic school talking.  I like the idea of taking a chunk of time (and forty days is a significant chunk) and doing something to become a better person.  For the past five or six years I've given up gossiping, which is a lot harder than a woman in her thirties might think.  Last year I gave up complaining, which I would call only mildly... very mildly...successful.

Before I go into the reasons why, I want to be totally clear:  I am not a social media hater.  Far from it.  I'm not a Facebook hater, either.  I love Facebook, and have every intention of going back to it when Easter rolls around.  It's not Facebook that is the problem-- it's me.  Here are just a few reasons why Facebook and I needed to go on a break. 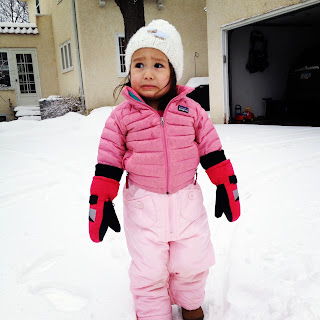 (The last picture I posted on Facebook before going dark.)

1.  Facebook has brought out the catty B in me

Very recently, a friend from college found me on Facebook.  This was a person K and I have talked about many times, hoping to get back in touch.  When he found us, we exchanged quick messages updating each other on our lives, and I went to his photos to see what he looked like.  He had plenty of pictures of his kids, but none of him.

'He must have gotten fat,' I actually said to K.  'Otherwise he would have posted pictures of himself.'

What a horrible thing to say.  And it came out just like I would have commented on the weather.

2. Facebook has the ability to put me in a bad mood

The impetus to giving up Facebook for Lent started last summer, when the election barrage began happening in earnest.  Every day it seemed a 'friend' was posting something ridiculous, something divisive and uninformed, like they were the Anderson Cooper of Facebook.  It drove me crazy. Even worse, often, were the comments that followed. (Unless, of course, I agreed with the person's opinion.  Then I found their posts spot-on and relevant.)

3.  Facebook has turned me into the worst kind of voyeur

I'm not what you would call active on Facebook.  At least, that's what it looks like if you go to my page.  I'll sometimes post a cute picture of the family or comment on someone else's, but for the most part I check it to see what everyone else is doing.

How many times a day, do you ask?  Well, a few weeks ago I tried to keep track of how many times I looked at my newsfeed in a single day.  I lost count at twenty-seven.  That's a lot of peeps for this Peeping Tom.  It was starting to make me feel kind of creepy.

This comes out in different ways for different people, but for me, I'm pretty protective of the images of myself and my family that are posted online.  Add to the mix that I'm a high school teacher with former students as my 'friends', and I get pretty irritated when people take liberties with posting pictures of me. For a long time, I hid behind the teacher card-- my students will always be my students, no matter how old they are, and I would prefer them not to see me doing sake bombs at my bachelorette party.

But is it really that?  Or is it more that I don't want people to see my woman-in-her-thirties crow's feet and C-Sectiony muffin top?

Even for me, a Facebook-er only while feeding my children or passing the time while in the supermarket check out line, I have to think I could be using the time I spend on Facebook more productively.  What if I used those few minutes to watch a TED talk or tried to re-learn my Chinese?  Or... and this is crazy, I know... what if I used that time to just be quiet and reflect?  Or... gulp... pray?

I thought I could quit Facebook with very little consequence.  I'd miss it, sure, but it wouldn't miss me.  This Lent would come and go with no one really knowing what I gave up and what I 'did' in return.  But it's been a little over a week, and I've already been challenged.  Like last weekend, when I got an email that I'd been tagged in a photo.

And then just the other day, when a family member had a baby.  I so wanted to see it, and what would be the harm in just peeking and offering my e-congratulations?  Just for a second...

And then today, when both kids were sleeping and I downloaded this picture to my computer: 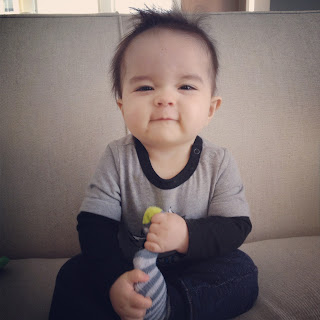 Surely God wants me to post this picture for all of my friends to see, right?

But no.  I've made a commitment to this, and I'm sticking it out.  Facebook and I are on a break until Jesus peeks his head out of the tomb. And when I go back, I'm hoping to be better for it.
Posted by L. Shanna at 5:59 PM