A Woman in her Thirties Sees Green

When Aaron first arrived, the most common question I got was, 'How is Anna handling it?'  I would respond, quite honestly, with 'Great! No problems!' 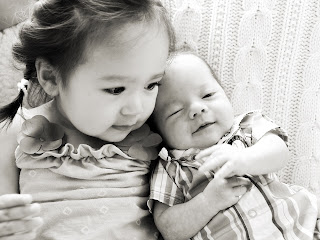 Not totally.  We still have lots of loving moments every day, my favorite being right around dinner, when Aaron is starting to get tired and hungry, and Anna walks over to him and says, 'It's okay, Buddy.  Don't be cry.' 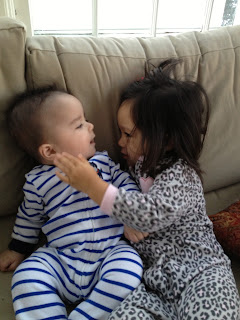 But there are other moments.  Like this morning, when I was feeding Aaron breakfast, and Anna stood behind me for twenty minutes whining, 'No feed Aaron!  No feed Aaron!' 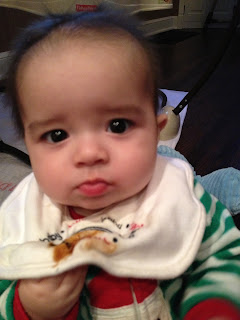 And other times, when she has decided that the toys she has long outgrown and now 'MINE'. 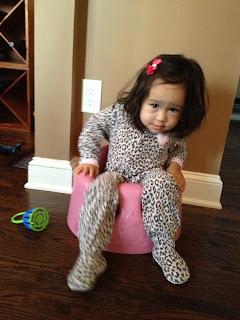 And many times, particularly when I'm holding Aaron, where my normally independent girl refuses to let go of my leg until I 'put Aaron on the floor and hold you.' (We're working on pronouns.) 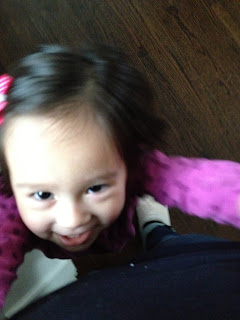 But this is nothing compared to the sleeping. Or lack of sleep.  I was telling my friend on the phone the other day that I am so sleep deprived between listening to Anna cry it out in her crib for over and hour (easily), getting up at night for Aaron, and fighting to get Anna to nap during the day, that I am actually dizzy.  (It should be noted that I'm a particularly horrible sleeper myself, so while L might lay on the floor in Anna's room to get her to sleep so I can rest, all I'm doing is tossing and turning anyway.)

I revisited my Raising an Emotionally Intelligent Child book last night.  (Parenting books!  Gah!)  Don't give in to tantrums.  Stay calm.  Be stern, yet loving.  Reward good behavior.  Don't freak out, burst into tears, rip out your hair, or yell obscenities, no matter how much you want to (Fine, I'm paraphrasing).  And it resonated with me that while parenting can be so totally amazingly awesome and wonderful:

It is also the hardest. stinking. job. in. the. world.

If there is one thing a woman in her thirties knows, it's that nothing lasts forever.  There will be a time, before I know it, when I will be wishing for my child to beg for my attention.  But it is hard to keep that in perspective when the only thing you want in the whole wide world is for the whining to stop.

So until then, a woman in her thirties cherishes the loving moments when they come: 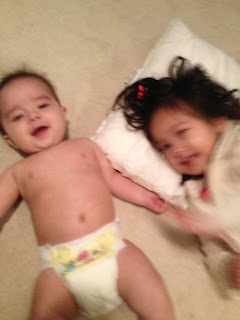 (A blur of giggles before bath time)