A Woman in her Thirties Bucks Up

I've been a little fearful about this week for awhile now.  L has had a trip to Turkey lined up for some time, and while I've only heard wonderful things about Turkey as a country, I am also a woman in her thirties who watches the news a lot.  I could do without having a husband in the Middle East right now. 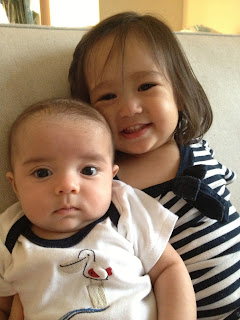 And then we discovered we have mice.

What's worse than having a mouse in the basement?

Having TWO mice in your basement.

You would think that a woman in her thirties who has given birth twice, lived in China, cleaned up more puke and poop in the last two years than she cares to admit, and is the foremost spider-killer in her home would have a fairly thick skin when it comes to a couple little mice.  After all, they're only making their way inside because this gorgeous Fall weather is over: 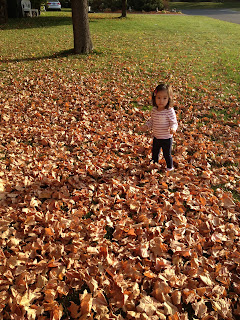 At least that's what Larry the Exterminator said yesterday when I stood in the kitchen biting my nails at him and asking repeatedly how I was ever going to walk into the basement again.

'It's probably a Momma and her babies,' he said, smiling.  'You're going to be scared of a Momma trying to protect her babies from the cold?'

'Yes,' I said, getting the feeling that Larry the Exterminator really loved his job.  'And my stupid husband is in stupid Turkey of all places,' I wanted to tell him, but I've watched too much Dateline, so I kept my trap shut (pun intended).

To make a very long and disgusting story short, the mice have been trapped and disposed of. (I bribed a neighbor with cupcakes to come and take care of the traps for me, in case you're wondering.)  We are mice-free at the moment.

So why am I still shaking with fear at the thought of walking into the basement?

Almost everyone I've talked to about this has said the same thing:  it happens.  A couple of mice are not a big deal.  Read:  A woman in her thirties bucks up and deals with it.  Unless I plan on never doing laundry again, I'm going to have to walk downstairs again at some point.