A Woman in her Thirties Gets Stung

Recently, I wrote a book. I guess it's technically my third book, though I am considering the first two as practice toward what Malcolm Gladwell would call my 10,000 hours of experience trying to get good at something. This one happened quickly, during naps and nights when L was traveling, when I most definitely could have been vacuuming or crafting or whatever else it is other moms do. The point is I did it-- I wrote it-- and I felt good about it.

Last month, after I finished my first round of edits, I decided to start querying agents. Any wannabe writer who has done this knows that it's a daunting process. Basically, you contact agents and try to dazzle them in about 100 words. You say something like, 'Hi. I wrote something and I want you to sell it to a publisher and make me a billion dollars.' Sometimes you get a form letter back that says something like, 'We don't feel this is the right fit for us.' But mostly you get silence. It's intimidating, but part of the process.

Except this time. My first round included an agent who represents two authors I very much admire, both of whom are bestsellers. No, I will not say who she is. What I will say is that when I got an email from her that said, 'I'm so happy you considered me for this project. Would you consider sending me the first fifty pages?' I might have peed my pants a little. And I couldn't even blame the pregnancy.

I poured over the manuscript, sent it off, and waited. Four weeks I remained glued to my computer, constantly checking my phone for a missed call. On the bad days, I imagined her laughing as she read it, showing it to her colleagues as an example of the worst book ever written. On the good days, L and I would fantasize about the advances, the movie deals, the vacation home in Phuket. But most days, I tried to keep things in perspective. It was a bite, nothing more. Aside from a few nice daydreams of my children being able to brag to their friends that their Mom is a writer, I didn't allow myself to get my hopes up. 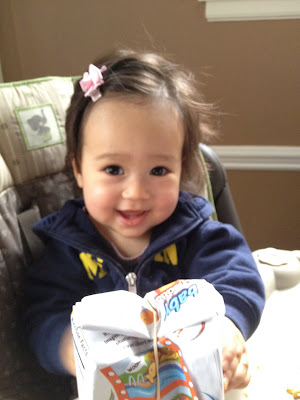 Barring serious tragedy, I give a woman in her thirties a seventy-two hour time period for self-pity. They do not need to be consecutive hours, but seventy-two is the limit. After that, it's time to get on with it. (Such a sensitive woman I've turned out to be...) I reflected on this particular rejection and decided that it warranted no more than three hours of boo-hoo time. So AB and I went to Target, went out for dinner, and called the few people who I'd let in on my little secret. L's first words: 'She's stupid'. Friends' first words: 'Aw, honey.' This is why I love them both so differently, and so much.

And now I'm on with it. My three hour boo-hoo fest included questioning the agent (Wasn't 'in love' with it... was she 'in like' with it?'), questioning my approach (Isn't self-publishing where it's at anyway?), and of course, questioning my ability (Who are you kidding? You SUCK.) It's exhausting, living in that state disappointment and uncertainty. I don't like it one bit.

But all of that is over now. A woman in her thirties doesn't give up after the first sting. She picks herself up, dusts herself off, and keeps going. Her kids are going to call her a writer, dammit. And they're going to be proud.
Posted by L. Shanna at 9:50 AM