Oops. A Woman in her Thirties Does it Again

I don't like surprises. I can say that after having a lot of experience with them. I like being able to compose myself before any given situation; I like to feel like I have the slightest bit of control. Surprise me, and you're likely to find me a heaping mess of emotion on the floor. (It's true-- just ask my girls who threw me a surprise party before moving to China. I'm still recovering.)

It was this past Halloween and my period was late. The thought did not occur to me to take a pregnancy test (including the miscarriage, it took more than a year to get pregnant with Anna), but I figured I had better since our neighborhood block party was promising beer, and a woman in her thirties should always be sure. But there is no way, I thought to myself. 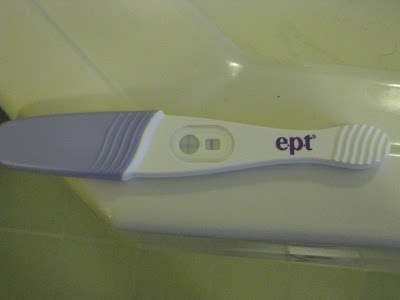 Way.
And here we are, at week twelve. Over the all day sickness (Seriously- who thought of the term 'morning sickness'? Must have been a dude.) But still not over the shock. And then, yesterday, a waving arm; a beating heart: 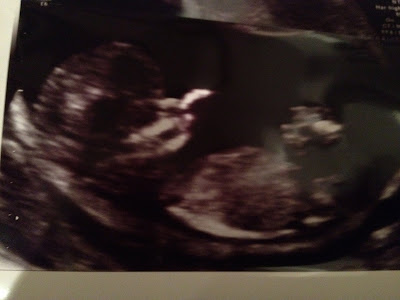 And a little bit of something that may or may not be an actual something: 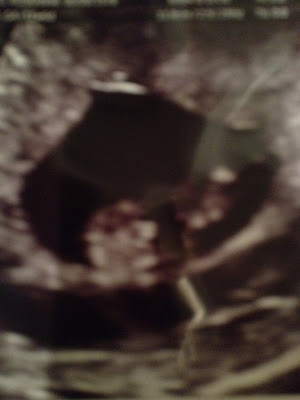 And now-- finally-- the shock is starting to wear off. I'm happy, I'm scared, I'm excited, I'm completely overwhelmed, but mostly I'm finally feeling thankful. A woman in her thirties can't control everything. And sometimes, in those times when she can't, the most miraculous of surprises can appear.
Posted by L. Shanna at 11:19 AM 17 comments:

A Woman in her Thirties Doesn't Judge 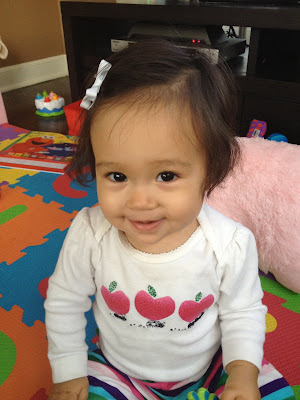 Oh, I'm mad. I'm pissed. And when a woman in her thirties is angry, she fumes.

I just got back from a certain place that sells the world's best Peppermint Bark. I'll call it Billiams Aroma. I go there every Christmas to buy FOUR boxes of the stuff-- three for our neighbors, and one for us. It's kinda tradition.

If you've ever been to one of these places during the holidays, you know that you can smell the samples wafting through the corridors of the mall long before you approach. But every time you try to get one, they're always gone. Am I right or am I right?

By some miracle, there was a whole tray of samples on display when Anna and I walked in this afternoon. Brownies, topped with peppermint bark. A woman in her thirties might be a little iffy about taking samples from any store, but look. It's rainy and cold here. I'm hungry. And it's a rare occurrence that this woman in her thirties refuses a brownie.

Anyway, I picked up one of the samples, about the size of a short, fat baby carrot. I put a tiny piece on my finger and gave it to Anna, who promptly said, 'mmmMMM!' and smiled, and then I shoved the rest in my mouth, like the dainty woman in her thirties that I am.

'She must be your second,' the woman behind the cash register said. I didn't know I was being watched.

'Ooooh,' she said, her eyes filled with the judgement of the self-righteous. Then she turned to Anna and said, all condescendingly, 'Well most first time mommies wouldn't give their little babies chocolate at such a young age!'

The way she said it, you would think she just watched me sit my baby down to a dinner of pork rinds, nacho cheese, and Diet Coke. You would think that by virtue of this one miniscule bite of chocolate, I was setting her up for a lifetime of obesity and heart disease. You would think I was the worst, most terrible mother that ever walked into WILLIAMS SONOMA.

I was thinking (seething) on the way home about all the judgement a woman in her thirties faces. Nothing is ever right enough. Everyone else's way is the better way. We observe each other from these ridiculous glass houses, where we know we don't have it all figured out, but it makes us feel better to point out the ways the people around us don't have it figured out even worse.

And then it hit me that I'm just as guilty of it. Hadn't my first instinct been to think about how her kids were probably in day care, playing video games and feeling completely neglected? Hadn't it calmed me down slightly to think that my life was superior to hers?

This is a hard one, ladies. A woman in her thirties shouldn't judge... but she does. She doesn't realize it until she's judged herself. It sucks. But maybe it was a good wake-up call for me, to think about the ways that I could be better at this. Maybe I should go back to the store with a peace offering of peppermint bark for the cashier.

She can lick it off my middle finger.
Posted by L. Shanna at 1:19 PM 8 comments:

A Woman in her Thirties is Challenged

It's been a rough couple of weeks at the C house. Tears were shed. Tantrums were thrown. And Anna had a hard time, too.

It turns out that the culprit was an allergy to penicillin, the exact thing that was supposed to cure Bubbie's pneumonia. I'll spare the details, but I'll say this: I think Dante missed out on an opportunity for eternal torture in The Inferno. Caring for a sick child belongs somewhere between the infernal hurricane and the fortune tellers with their heads on backwards.

We're on the mend (meaning we are sleeping again!), but for this post I'll share some of my favorite images of the past weeks'.... challenge. A woman in her thirties uses euphemisms to the most, doesn't she? As in, 'Being a Mom can be a challenge, but she sure is cute, isn't she?'

The "My Fever is Finally Breaking" Glare: 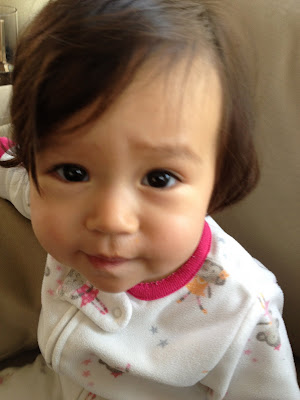 The "Give Me One More Bite and I Swear I'll Puke All Over You" Stare: 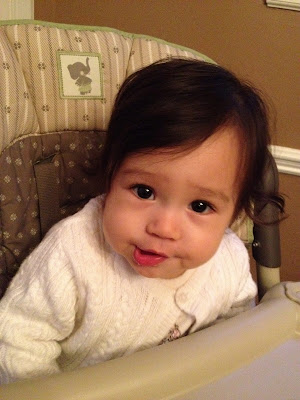 The "Gimme the Sunglasses Unless You Want Me to Meltdown Completely" Look: 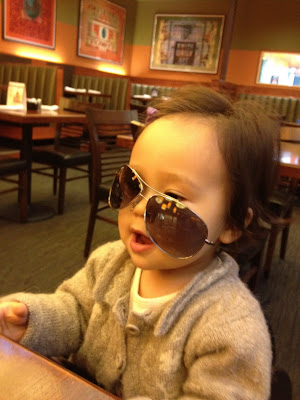 The "GET THAT CAMERA OUT OF MY FACE" Wave: 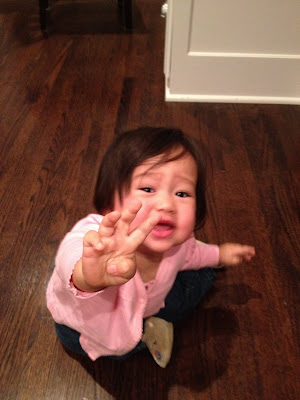 The "You'll Pay For This Someday" Look of Death: 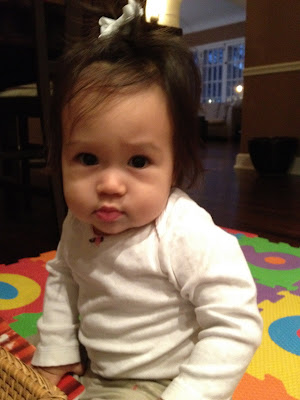