A Woman in her Thirties Reunites

Two reunions happened this weekend. The first one was the family kind, and took place in Canada. Sadly, we were unable to go to this one (though we did dress for the occasion): 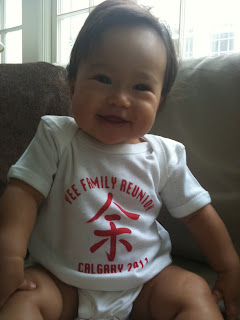 The second was L's 20th high school reunion. I'll just get it out there right now: I love the idea of a high school reunion. I love reconnecting with old friends, reminiscing about all the stupid stuff you used to do that you thought was cool, and gossiping about what nerdy kid ended up ridiculously gorgeous and successful. L and I are similar in that we both have a very close group of friends that we have known since high school, some even earlier than that, so it was less about finding out what happened to so-and-so, and more about having a good time.

I didn't go to high school in Pleasantville, so I didn't know what to expect. What I did know was that a) L's Mom was happy to come babysit, b) I knew a surprisingly large number of people that were going, and c) I should probably wear high heels. I'm sure you can guess that the only downside was the latter. I missed my ten year reunion because we were in China at the time, so I figured that a woman in her thirties should live vicariously through her husband and make this one count.

There was a lot of this: 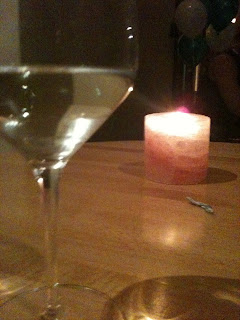 And not a lot of this: 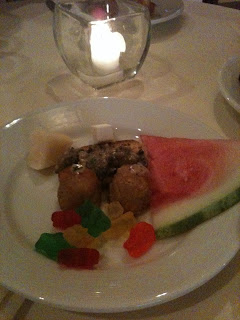 It's been awhile since I've had a night out like we did last night. A woman in her thirties should probably preserve some dignity and NOT admit that I walked out of the reunion leading a group in chanting, 'TA-CO-BELL. TA-CO-BELL' (which was delicious at 1:00am, might I add). Instead, I will say that I woke up feeling less like a respectable woman in her thirties and more like a woman in her twenties who's just been hit by a bus of Keystone Light.

And then, as if by magic, a voice appeared above me, holding the baby monitor. 'Go back to sleep,' the voice said. 'I'll watch the baby.' But it wasn't a dream. It was real. And I realized as I waited for the Advil to kick in that I might not have known L in high school, and we might not have connected even if we did, but in a room last night full of people who have all gone their own way, I certainly found myself a catch.