A Woman in her Thirties is Five Months 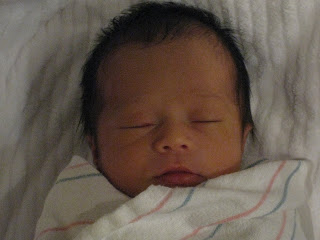 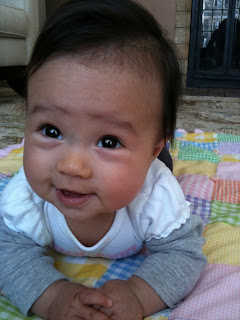 Right before my very eyes. Care to explain this to me? Because I don't get it.

To say the last month has been one of dramatic change would be an understatement. You, Punky, have become your own little woman in her... five months. You've tried rice cereal: 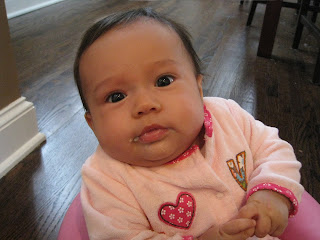 Made a BFF in Dan: 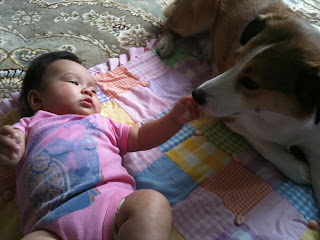 And learned how to sleep without your Magical Suit: 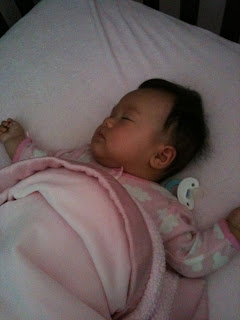 We've started reading a lot (never too early, right?), and while I'm struggling with the point of the But Not the Hippopotamus franchise, I'm loving that we have your Auntie M's, old Charlie Brown books. We also sing a lot, which is to say that I sing a lot, and you do what you do, which is stare at me with your big brown eyes and smile. Our current favorite tune is Usher's 'DJ Got Us Falling in Love', which is ridiculous, because I'm really not a fan of DJs. But more on that later. Much later.

A woman in her thirties should celebrate the growth of her child, and while I'm certainly doing that on some level (You're sleeping 8 hours per night! Consistently!), I would be lying if I said there wasn't a part of me that wanted time to stop right now, in this moment. Every morning when I walk into your bedroom and turn on the light I say, 'Where's my girl?'. When you hear my voice, your mouth opens up big, like this: 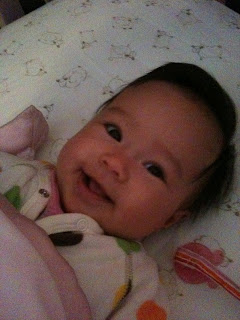 And the part of me that knows that in fifteen years you're sooo going to hate my guts wants to pick you up and say, 'Stay my baby forever, Pumpkin,' because I know right now, if you could, you would.

If there's one thing a woman in her thirties knows about motherhood, is that it's all-encompassing. I knew that going into it, but what remains somewhat shocking to me is that, when I'm away from you for just an hour on the weekend for a yoga class, I miss you terribly. And based on your reactions when I try to leave you with other people, I get the sense that you miss me terribly, too. I've never felt so loved and needed in my whole life, and while that might have scared the woman in her twenties I was, the woman in her thirties that I am can only smile and say that I love you, too. The feeling is more than mutual.