A Woman in her Thirties Transitions

A woman in her thirties has likely transitioned. A lot. Sometimes I look at the transitions I've made in my life and think, 'Was that me? Did I really do that?' Oftentimes, I say that with pride. Sometimes, not so much.

Here I am-- 38 and a half weeks pregnant and at the cusp of some serious transition. Friday is my last day of teaching for the rest of the school year. A week from Sunday (or sooner? or later?) I will become a Mom. Soon I will become financially dependent for the first time since I was... 18? I will be giving up and getting a lot in the next few weeks, and I don't think there's an honest woman in her thirties out there who could say she's 'ready' for this type of change.

No matter how many times she's done it.

To prepare myself, I've been doing what I do best: avoidance. I secretly wished I would go into labor last weekend, so I could avoid any awkward hugs or well-wishers at work. And I definitely didn't want to face a goodbye with my students, who simultaneously give me purpose and drive me completely insane. In my experience, the best type of change is one done quickly and without sentimentality. As little thinking as possible.

And then I was called into a 'meeting' during 6th period on Monday, which turned out to be a surprise baby shower thrown for me by some former students. That's right. My high school students threw me a shower and gave me things like this: 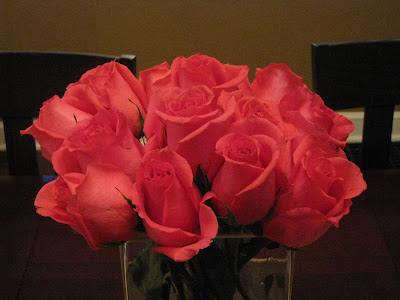 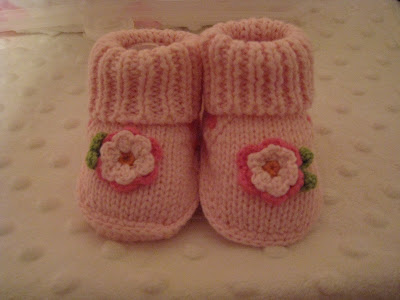 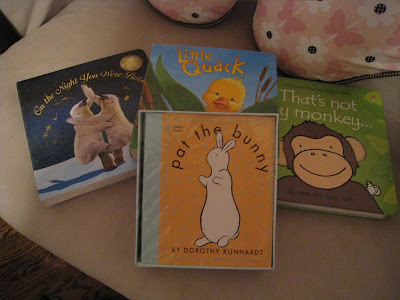 As I sat with my students eating something they call 'Puppy Chow' (it's a Midwest thing, apparently) and talked about how they all knew I was pregnant before I announced it, I was struck by those yucky, icky tugs that start in your chest and lodge in your throat. My lip began to quiver and it hit me that this is really happening. No, it wasn't a boo-hoo sob-fest. But it was a rare show of emotion from a jaded woman in her thirties whose transitions have taught her how high to build the walls around her heart.

The last couple of days have been quiet ones, at least internally. No new progress in the labor department. Nursery is just about ready. Carseat is in place. And I, while busying myself with yoga, The Daily Show, and thank you card writing, am left contemplating this transition. One more in a long, thirty-two year series that will undoubtedly open the floodgates to more change than I could possibly prepare for.